You might have seen this full page ad from Mind the Gap in the Herald on Monday. 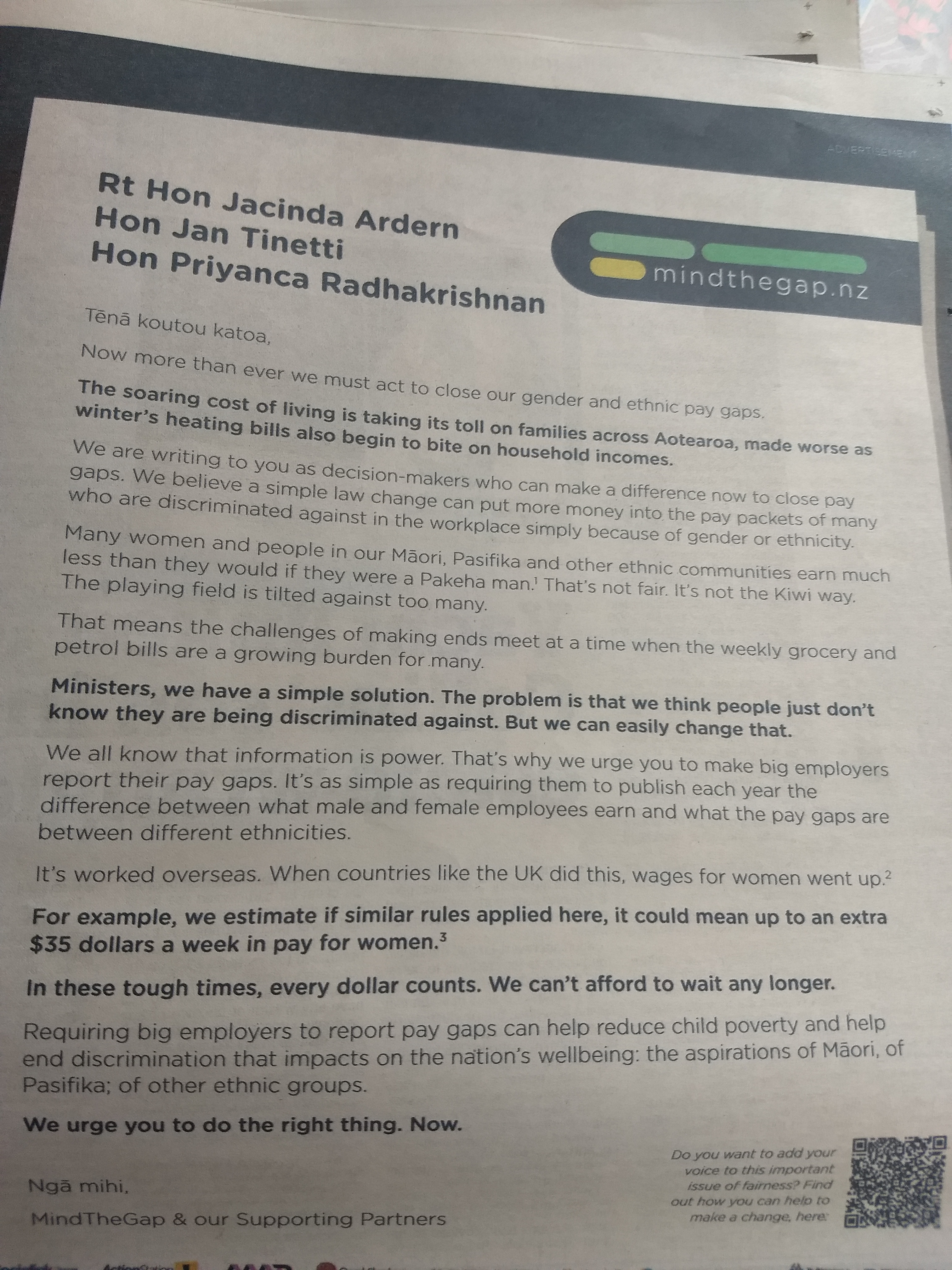 Mind the Gap is a left-wing lobby group that argues pay gaps are caused by discrimination, and that the Government should intervene by requiring employers to publicly disclose differences in salaries they pay to different ethnic and gender groups.

Mind the Gap's expensive ad-buy is clearly an example of political campaigning. And that is fine – so long as taxpayers aren't forking out for it.

However, Mind the Gap lists its "supporting partners" on the ad, and some quick research reveals that at least 13 of these organisations are funded by taxes, rates, or other sources of public money. 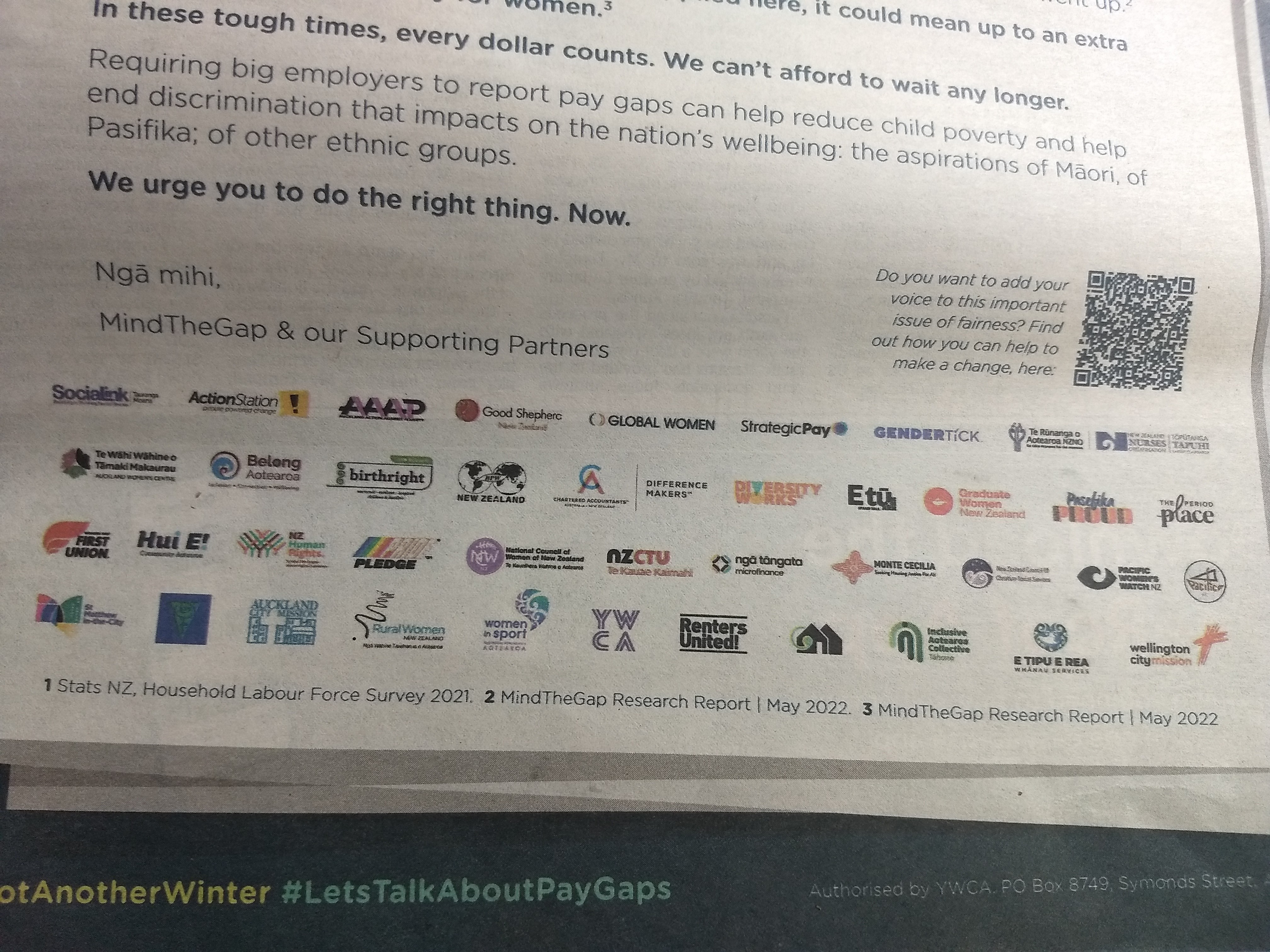 We say that non-government organisations should choose between accepting public funding and undertaking political lobbying.

Perhaps the government and council entities backing these groups were unaware of their participation in Mind the Gap's campaign. Now that we've raised the red flag, the agencies ought to be seriously reconsidering their support of these groups, lest they find themselves falling afoul of the Public Service Standards of Integrity and Conduct which require political neutrality.

At the very least, government and council entities need to implement a "no-surprises" clause in their support for external groups: if a publicly-supported entity wants to add its financial support or branding to a political campaign, it should have to flag this with its funders first.