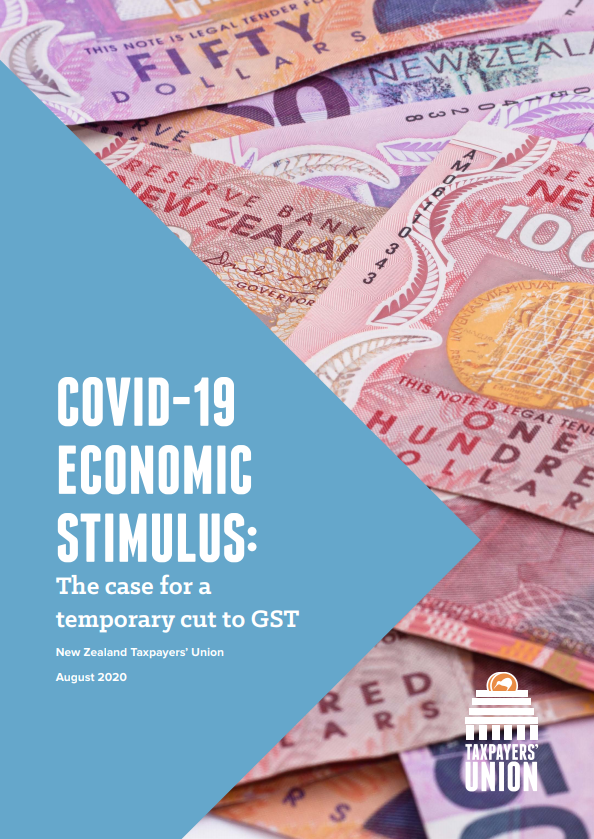 A new briefing paper released by the New Zealand Taxpayers’ Union makes the case for a temporary cut in the rate of the Goods and Services Tax (GST) from 15 percent to 10 percent, mimicking what the United Kingdom Government did with VAT immediately following the Global Financial Crisis.

Policymakers are currently grappling with the question of how to spur spending in the economy as we face a recession. This question will become urgent as the wage subsidy scheme ends in September and we see the real effects of COVID-19 on our economy.

With the official cash rate already close to zero, monetary policy has become increasingly ineffective as a stimulus tool. This has seen politicians propose fiscal interventions, such as the Government’s interest-free business loan scheme, but these interventions are often poorly targeted and create perverse incentives.

Fortunately, our tax system already provides a sound, indiscriminate mechanism to encourage spending. A temporary cut to GST during the height of recession would encourage New Zealanders to bring forward consumption – similar to a cut in the official cash rate.

This spending would breathe life into revenue-starved businesses, ensuring they can continue to employ New Zealanders and keep supply chains unbroken.

We suggest a sunset clause kicking in after a year to avoid long-term deficit effects or politicians replacing the lost revenue with increases to more economically damaging taxes.

On a yearly basis, the fiscal impact of this cut would be a $7.36 billion reduction in reduction in revenue for the Government. However, this impact could be reduced implementing the policy for a shorter period of time.