Following the well publicised case of global warming scientists being stuck in record pack ice in Antarctica (ironically the expedition was intended to study the dwindling sea ice) and the efforts to rescue them, the Taxpayers' Union began enquires late last year to find out precisely how much taxpayers' money the NZ Government "supporters" listed on the expedition's website had contributed.

It appears that thankfully New Zealand taxpayers' haven't forked out the huge amounts feared. In fact, it appears that the Australasian Antarctic Expedition (AAE) is claiming at least one 'supporter' it doesn't have...

The expedition's website lists expedition supporters the Department of Conservation, Landcare Research, and the University of Waikato. 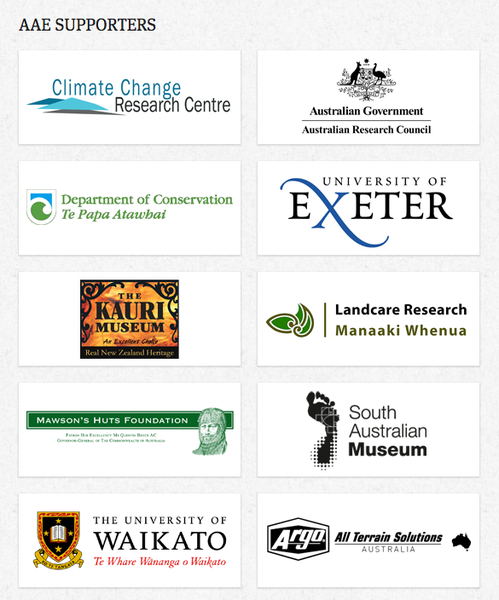 Despite asking the AAE leader (via email and his very active twitter account), and the media contacts at the University of New South Wales, no one would tell us how much kiwi taxpayers had contributed via the three agencies.

On 1 January we lodged Official Information Act requests with DoC, Landcare and the University of Waikato.

To DoC's credit it responded by 8 January, stating that DoC were not participants in the expedition and therefore the information (i.e. what financial and non-financial support was given) does not exist. DoC's letter and our response is below.

Department of Conservation response and Taxpayers' Union request for clarification re AAE January 2014.

Last night DoC's Director of Policy Jeff Flavell called me and confirmed that the Department not being 'a participant' in the expedition was intended to mean that DoC did not provide any support to AAE at all. In fact he seemed surprised that DoC was listed as a supporter on the AAE website and that he would ask his officials whether it was known that the AAE was using the DoC logo and claiming support.

So credit for DoC for coming back to us so quickly and from someone so senior, especially given our recent expose of failings within the department.

We await the responses from Waikato and Landcare.