Revealed: The $133,000 pricetag for the glossy Wellbeing Budget 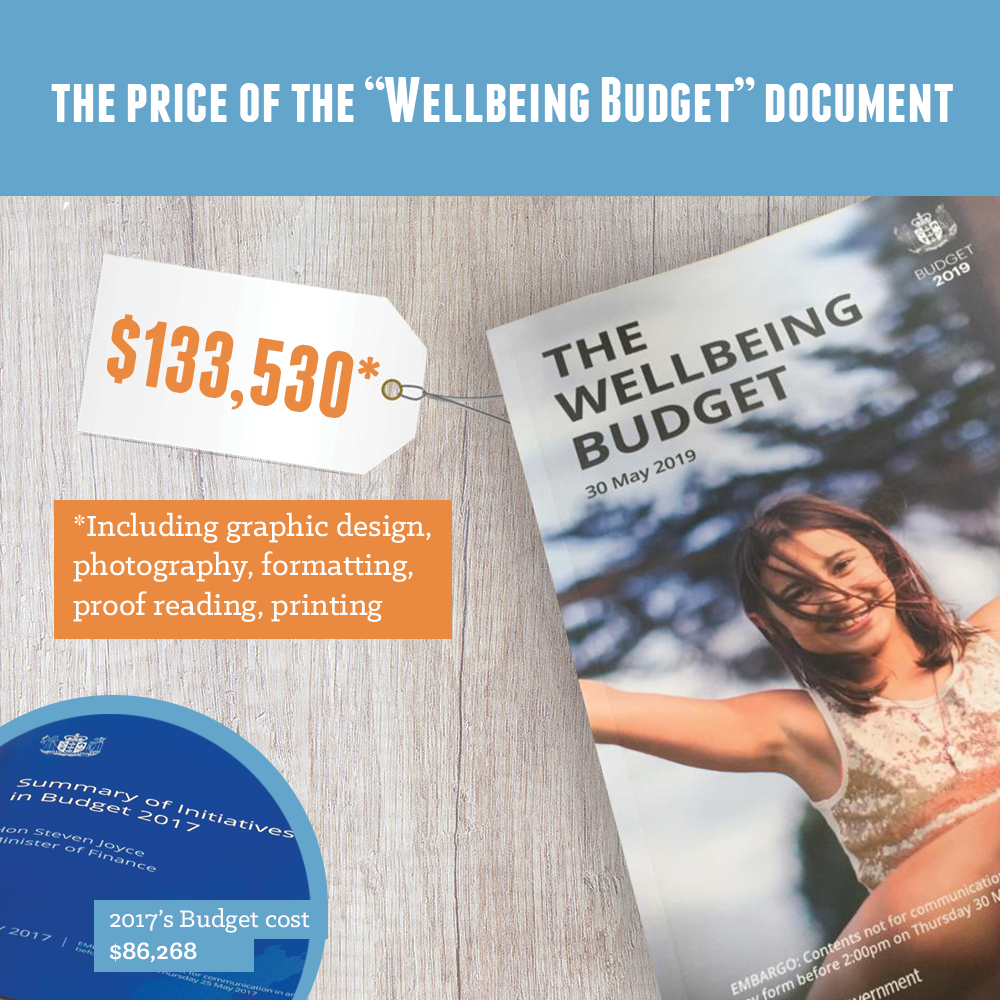 The New Zealand Taxpayers' Union can reveal that the Government spent $133,530 on producing its ‘Wellbeing Budget’ document, a cost blowout largely driven by spending on graphic design and photography.

The Government spent $31,682 on external designers and photographs. These costs were zero for the 2017 Budget, which the Taxpayers’ Union asked about for a comparison.

Even general printing and proofreading costs increased for the Wellbeing Budget compared to 2017.

The Wellbeing Budget was a great gig for the beret-wearing hipsters who designed it, but not so great for taxpayers, who were forced to pay for the PR blitz.

It’s a minor spend in the scheme of things, but it is concerning because this document, prepared by the Finance Minister, sets the fiscal tone for the rest of the Government. If Grant Robertson starts splashing out on glossy design, other departments might think it’s okay to do the same.