Diplomacy 101: A helpful and not at all patronising guide for our Australian friends 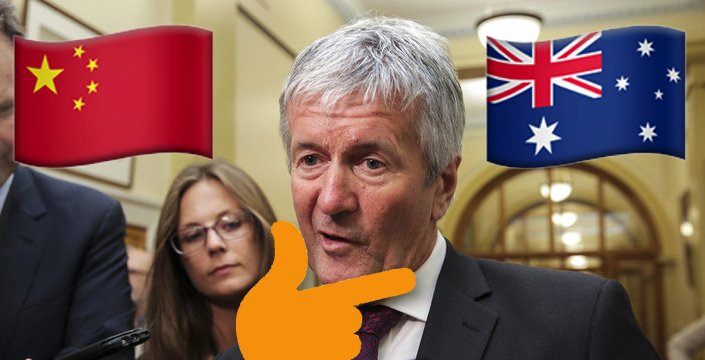 A masterclass by Hon Damien O’Connor, Minister of Trade

The enhanced free trade agreement with China has passed and I was ready to bask in the media adulation. This was quite the feather in my West Coast fishing hat given I had only been Minister of Trade for less than four months – most of that over the summer break.

I must confess to being later surprised and disappointed at the lack of media adulation, even from The Spinoff. Apparently, this deal had been worked on for years and was bound to happen. One of my young staffers (or possibly a new Labour MP, it’s hard to tell these days) suggested that “even Phil Twyford could have gotten this agreement through.”

Back home we would have thrown the troublemaker down a mine, back in the days we had mines on the West Coast. Today, he’d probably hit some camera drone stuck in a rockfall and I would get sued. I miss the old days.

Putting that slight setback behind, it was time to establish my legacy beyond just trade. I plan to be a player on the world stage. The starting point was obvious: Our closest neighbour and major trading partner, Australia. They are always open to constructive criticism from Kiwis.

International relations with China seemed like a safe place to start my global punditry. Neither Australia nor China are at all touchy about third parties commenting on their geo-political affairs.

After reading a copy of The Economist which had been sitting in my lobby for nearly four months, I decided against lecturing the Aussies. Under that brash exterior, they are sensitive and surprisingly fragile souls. So instead, I went with the educative approach.

My key messages were:

◾ Do what New Zealand does, because we are better than Australia.

◾ Be respectful to China like New Zealand is. Australia, by inference, is not.

◾ Develop a mature relationship with China like New Zealand has. Australia, by inference, has not. I am not saying the Sino-Ocker relationship is immature, just that it is not mature.

◾ My counterparts in Canberra should choose their words carefully because words matter in diplomacy. I think that I have graphically demonstrated that principle here.

My comments got a lot of media coverage which is obviously a good thing when most people do not know that you have been an MP for 26 years and a Minister of the Crown for nine years.

Once I actually read the media coverage, it was not as positive as I expected. In fact, it was not positive at all. I wanted headlines like “Magnanimous Minister helps struggling Trans-Tasman sibling”. Instead, I get “A trade minister goes on record going way off script.” That’s not very kind. Ingrates.

The media has overlooked my credentials in cross-border trade. I have brokered deals between Greymouth and New Plymouth, which counts as international commerce where I come from.

I heard that the Australian Trade Minister – you know, whatshisname – respects my view. Quite right, and I think this reflects my standing in the international pecking order. However, that same pesky staffer, who I would have fired if Andrew Little had not abolished all the laws allowing you to fire people, pointed out that “respects my view” in Australian Parliamentary slang is short for “bring it outside mate, if you think you are hard enough.”

Australian politics are odd. Still, at least Grant Robertson respects my view here. He told me himself at Cabinet the other day.

Bottom line: I antagonised both our major trading partners in one interview for no discernable reason.

Key thing is: Got my name in the paper!