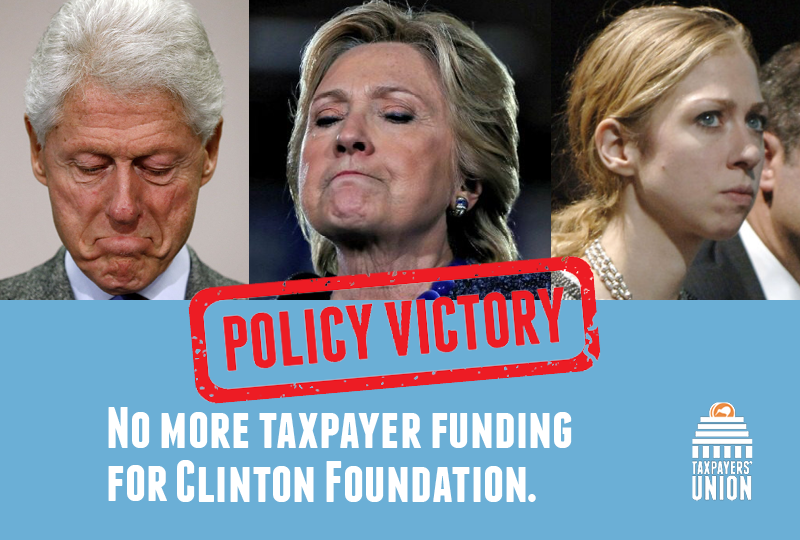 We can reveal that the Government has halted its funding of Clinton Foundation subsidiary the “Clinton Health Access Initiative” following nearly three years of campaigning on the issue by the Taxpayers’ Union.

New Zealand taxpayers, to date, have shovelled more than $10 million to the Clinton Health Access Initiative. Had the Government continued to make payments in accordance with the grant agreement, taxpayers would have been on the hook for millions more.

Soon after Hillary Clinton lost the Presidential election to Donald Trump, many western nations that were funding this diplomatic rort pulled out. Australia stopped its funding in late 2016, but New Zealand was one of the few to continue the claim that the funding was for genuine aid.

Taxpayers will celebrate the decision to finally stop using NZ Aid money to fund this scandal-plagued charity. So too will the nearly 7,000 Kiwis who signed our petition on the issue.

Official Information Act response from the Ministry of Foreign Affairs and Trade below.