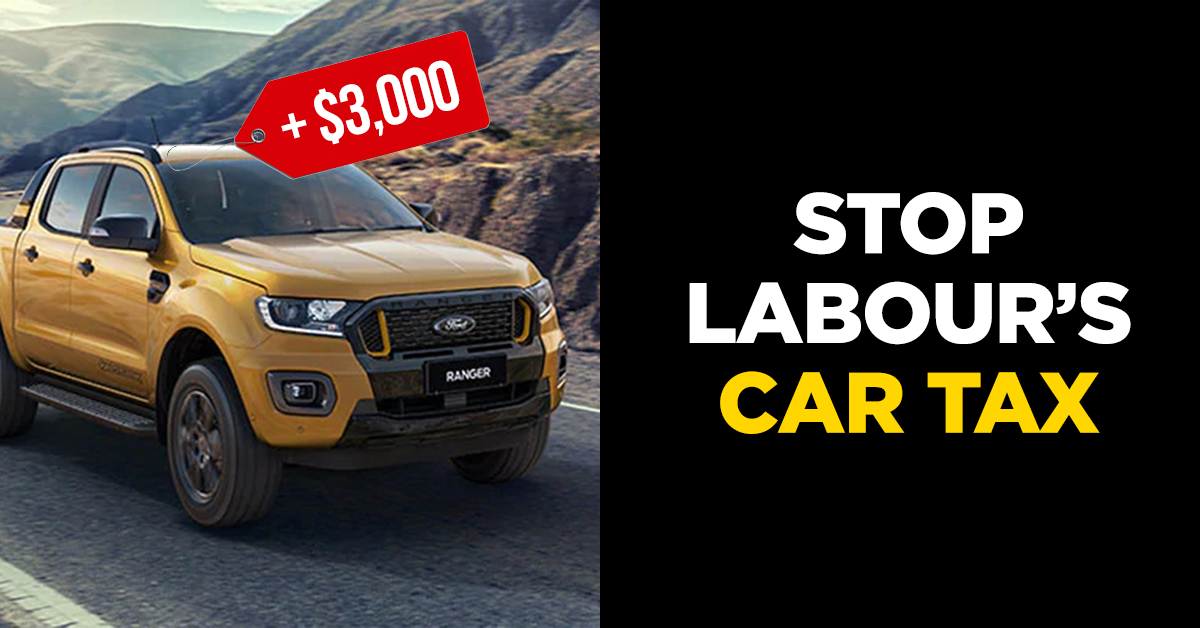 The Labour Government, with help from the Greens, are slapping an unfair new tax on regular car owners to subsidise electric cars.

Some cars, such as the Ford Ranger, could be taxed an extra $5,000, while some luxury electric cars, such as entry-level Teslas, will have nearly $9,000 knocked off their sticker price.

Robin Hood would be turning in his grave.

📣 Tell Labour and the Greens that you want their car tax to be scrapped. 🙅🏻‍♀️

"I CALL ON THE GOVERNMENT TO SCRAP THE CAR TAX"