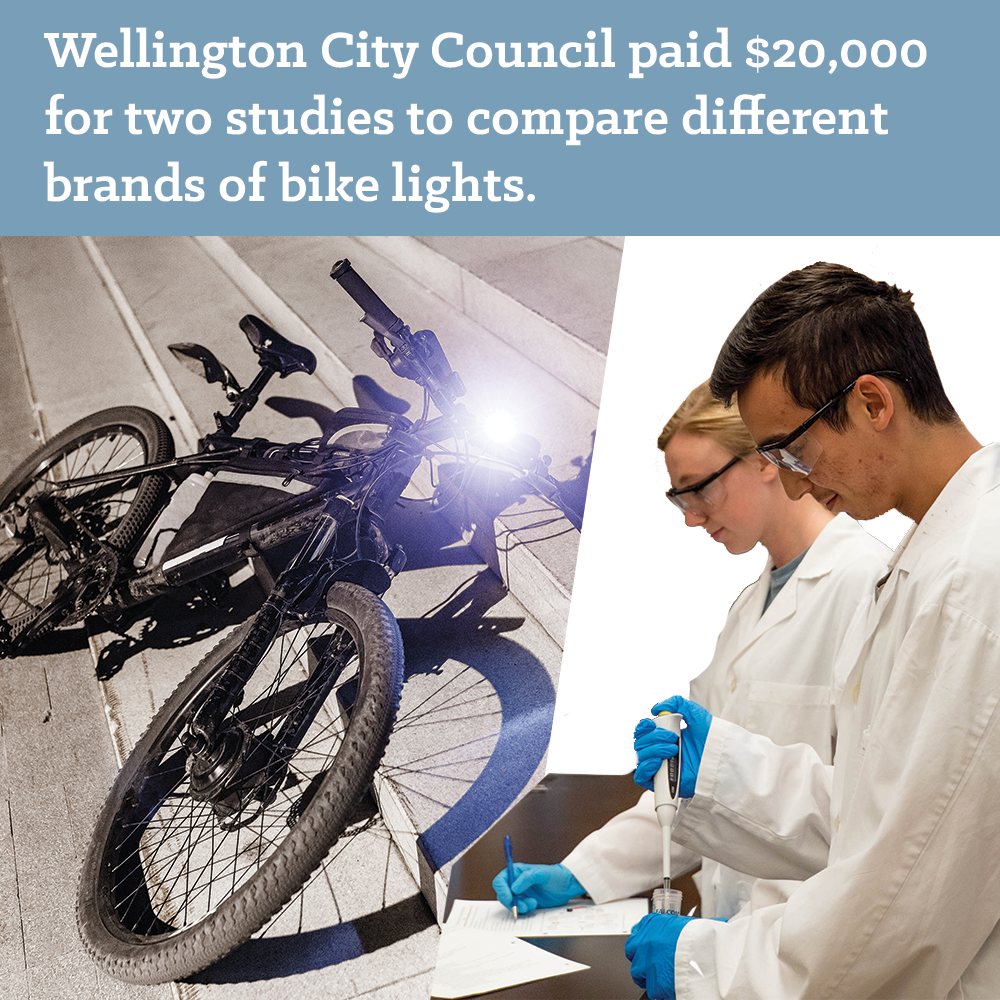 The New Zealand Taxpayers’ Union has identified an absurd case of mission creep at Wellington City Council: the decision to spend $21,750 on two Consumer NZ investigations into different brands of bike lights.

Information released to the Union reveals that Wellington City Council initially paid Consumer NZ $10,600 for a comparison of bike lights in 2017 and paid the organisation a further $11,150 for an updated version of the report this year, totalling $21,750.

This sort of spending says the lights are on, but no-one is home. Consumer NZ’s product comparisons are a service to its subscribers, so why should Wellington ratepayers be the ones forking out?

$20,000 might only be a drop in the Council’s budget, but this is a worrying case because it hints at a culture of mission creep. The Council’s decision to get involved in niche consumer matters, that would usually be dealt with privately, only results in more neglect of core services like roads and rubbish.

The Wellington City Council would be wiser to conduct a comparison of the value of its own spending projects, particularly while it’s hiking rates and dealing with unexpected costs from the Town Hall and Library.