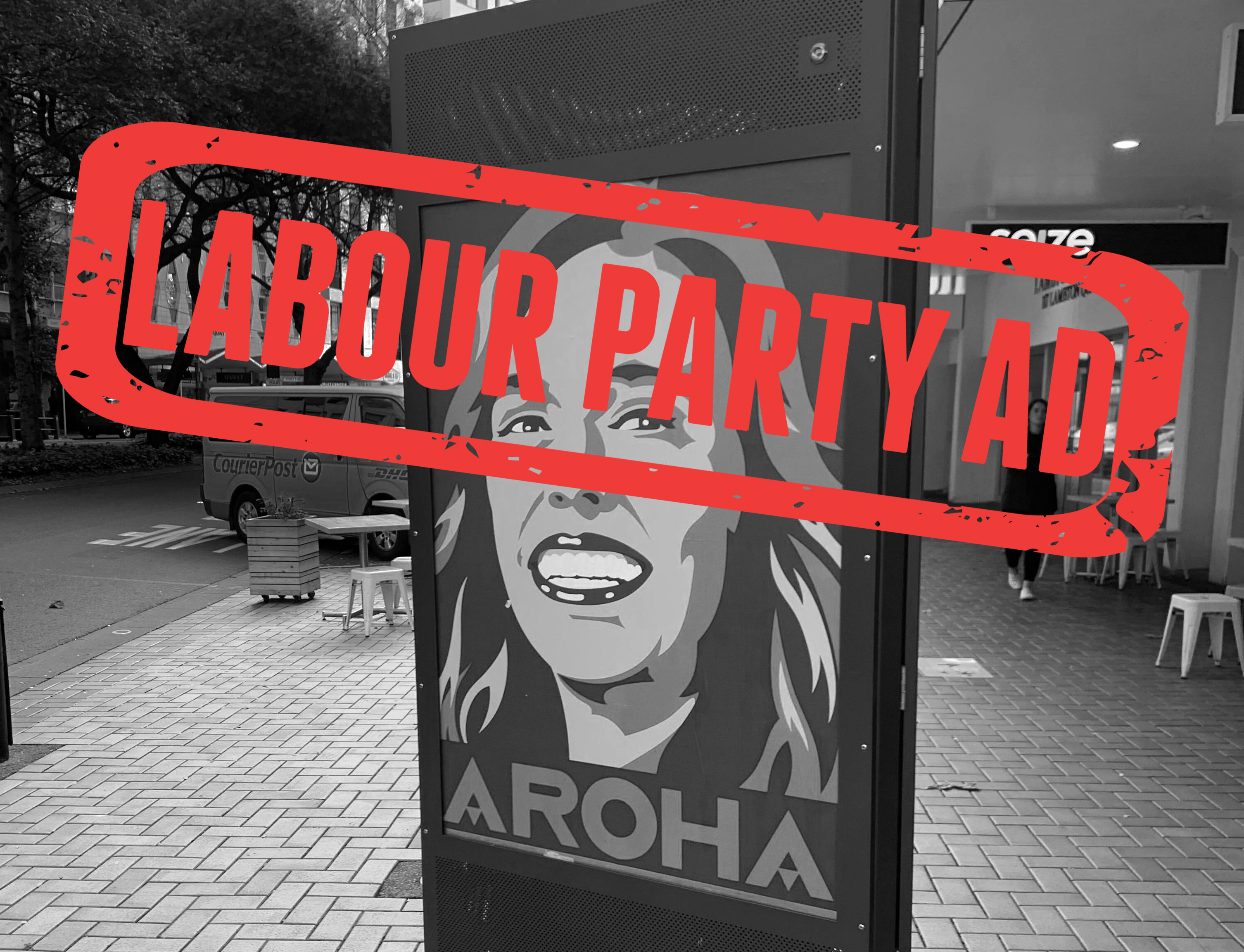 The Electoral Commission has confirmed that the 'Aroha' posters of Jacinda Ardern, promoted by artists Weston Frizzell and advertiser Phantom Billstickers, does indeed constitute a party advertisement for the Labour Party.

This judgment comes after the New Zealand Taxpayers' Union laid a complaint regarding the posters. The Commission's response to the Union can be viewed below.

Union spokesman Jordan Williams says: "It's a relief to have clarity on this matter. As a campaign organisation, we're forced to comply with strict rules around political advertising, especially in the lead-up to an election. It's a matter of democratic integrity that these rules are applies equally, regardless of a campaigner's political slant."

"These posters were obviously advertisements, even if the artists didn't think of them as such. You can imagine a scenario where a poster of Jacinda Ardern – or Todd Muller for that matter – was on every street corner, a week out from an election. This could absolutely influence voters, so the posters should have authorisation statements and count toward campaign spending limits."

"In its letter to the artists, the Electoral Commission notes that some posters may still be up, and that the artists will have to take 'corrective action'. If the Commission is not satisfied with this action, it has the power to refer the advertiser to the Police."

"Initial signs suggest the artists are not taking this warning seriously. They continue to actively promote the poster – without an authorisation statement – on their social media. Regardless, the posters have already reached hundreds of thousands of New Zealanders through social media and news coverage. Strong actions will be needed to remedy this influence. Perhaps, for example, the advertiser could fund poster space for campaigners with different political views." 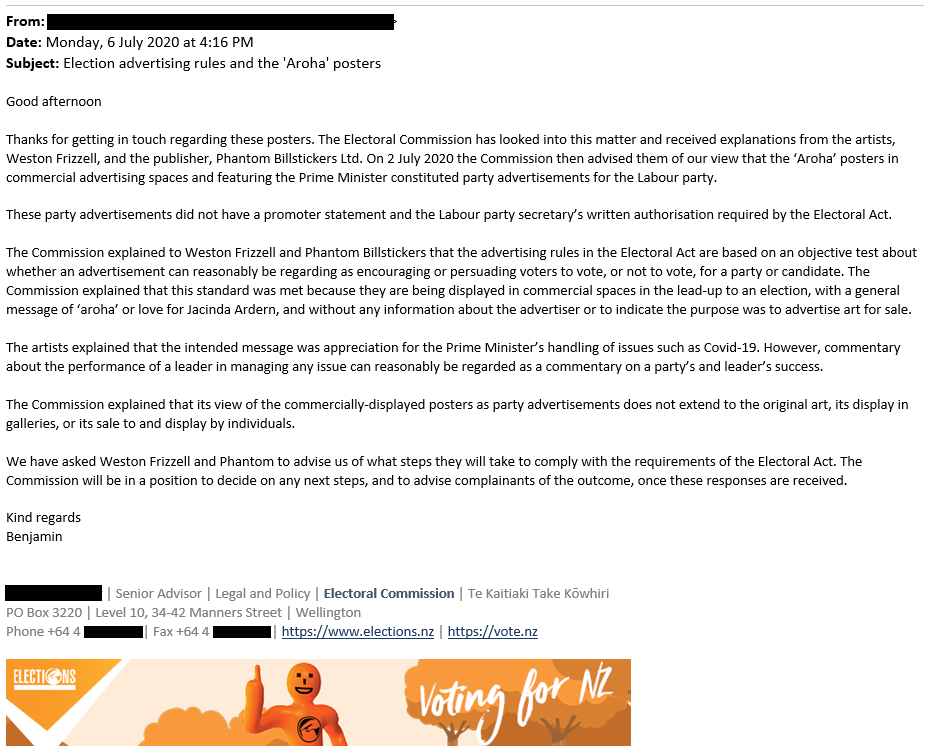