Taxpayer Update: What to look for on Thursday | 18 days of reading about rock lobster

This will be a big week for taxpayers.

Thursday is Budget Day, when Grant Robertson will decide how to spend around $100 billion of your money.

As usual, we're sending staff to the Budget Day lock-up briefing. This event gives economists, sector groups, and unions a chance to read through the spending documents before the public release, so they can release independent analysis at 2pm to balance out the Finance Minister's spin. 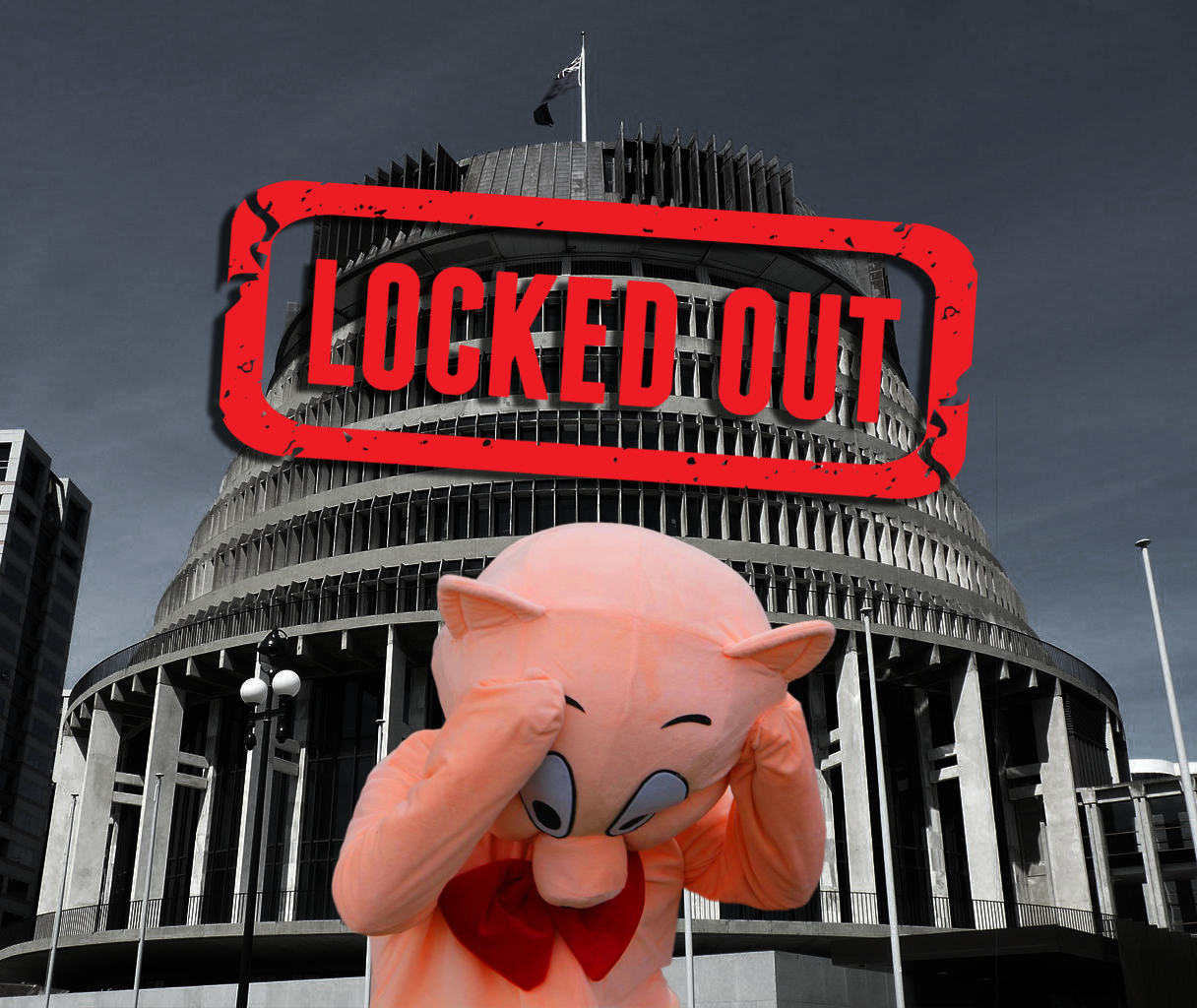 But this year we were almost locked out. Speaker Trevor Mallard tried to use COVID-19 as an excuse to restrict access to the briefing and only invite selected journalists. It was only after we kicked up a fuss that he extended the invitation to 25 independent analysts, including our consulting economist Joe Ascroft.

This means we'll be bringing you (and the media) a taxpayer perspective on Budget 2020 shortly after 2pm on Thursday.

What should taxpayers look for in Budget 2020?

Ideally, the Government would provide economic relief to struggling households with tax cuts.

Slashing fuel taxes, for example, would encourage regional tourism and reduce costs for less well-off households. Another option would be a short term reduction to GST – similar to what Britain did to VAT just after the GFC. Cutting taxes means householders pick the winners (in what they spend the extra money on), not politicians...

However, the Finance Minister hasn't signaled any interest in tax cuts – and it's hard to see him dialling back taxes his Government increased.

So, assuming tax cuts are off the table, here's how we'll be judging the Budget Day announcements:

New spending may be justified in the short and medium term but should come with sunset provisions to ensure the liability on taxpayers does not extend past the recovery period, after which we will need to pay down debt. Locking in long-term deficits will mean much more pain later.

Example: The $25 lift in benefit payments should be reversed once GDP returns to that of Q4 2019.

Spending should not be justified on the basis of 'stimulus' or 'relief' alone. We must demonstrate that new spending is effective and fair.

Many businesses will thrive if the Government simply gets out of the way. The Government should examine areas where regulation and spending projects can be rolled back on a trial basis. 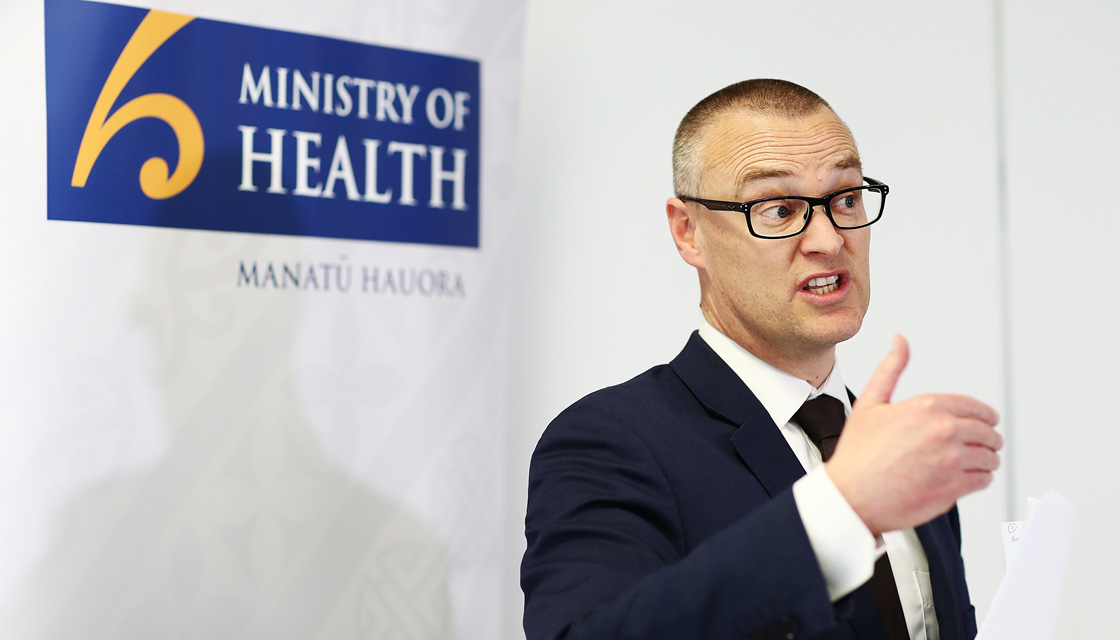 In the days leading up to the annual Budget, Ministers usually make a few small teaser announcements to warm up the media and plant some feel-good stories.

This morning, Health Minister David Clark emerged from obscurity to announce a $3.9 billion funding injection for District Health Boards. That will cost more than $2000 per New Zealand household, a spending wallop that would have been the centrepiece of a Budget five or ten years ago.

In February, the Health Minister claimed he was putting DHBs 'on notice' for their poor financial performance. But now he's rewarding them.

All but one of our DHBs are racking up significant deficits, necessitating taxpayer-funded bailouts. How can we trust them to manage bigger budgets when they can't manage their current ones?

If this is the teaser, it's safe to say we're nervous about the main show.

18 days of reading dumped on a sunny Friday afternoon

At 3pm on Friday, the Government dumped literally hundreds of official documents relating to the COVID-19 response on its official website.

To be honest, it could have been worse: Governments usually do document dumps at 5pm to limit scrutiny and media coverage. It is a time-honoured political strategy because it works.

The 286 documents reveal advice received by the Government prior to 17 April. Assuming it takes an average of 30 minutes to read each document, it would take one analyst nearly 18 working days to read all the papers, far less analyse them. Even a team of five analysts would have had to start reading on Friday afternoon, then worked full days on Saturday, Sunday, Monday, and part of today just to complete reading the dump.

Who gags the gagging order? 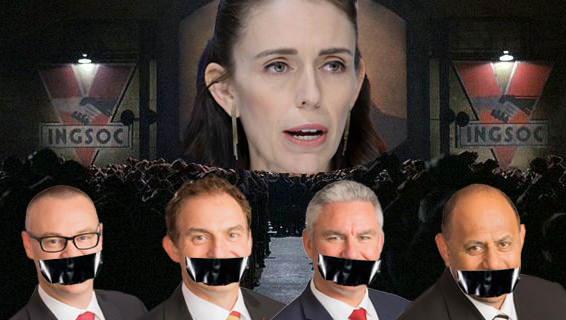 Obviously, such a massive dump of information requires a careful communications plan, particularly when you are the most "open and transparent" Government in history. Thankfully, in the interests of openness and transparency, the plan was accidentally sent to lots of people for whom it was not intended.

A leaked memo from the Prime Minister’s Office told Ministers not to discuss the papers except through short written answers vetted by the Prime Minister’s staff. Ministers should not be interviewed, and any questioning of the response should be “dismissed” because public support is with the Government, meaning it does not need to defend its actions.

This bold (some might say arrogant) strategy went about as well as could be expected. The memo went to the public sector, then spread far and wide, including to the inbox of our friendly mascot, Porky the Waste-hater. An aghast Beehive tried to recall or retract the errant email but that never works. Those who ignored the initial email suddenly become very interested in why the Beehive didn't want them to read it.

Only three Ministers “across all the relevant detail”

Heroically defending the leaked email, the Government spokesman called it a "clumsy instruction", and that the point was media should only talk to “the Ministers involved in all aspects of the response – such as Ardern, Deputy Prime Minister Winston Peters and Finance Minister Grant Robertson – as they were across all the relevant detail.”

That is a very short list of Ministers “across all the relevant detail” for the biggest health and economic crisis of modern times. Notable absentees from the approved list include Minister of Health David Clark, Minister of Employment Willie Jackson, Minister of Tourism Kelvin Davis, and Minister of Small Business Stuart Nash.

Someone loves the Rock Lobster 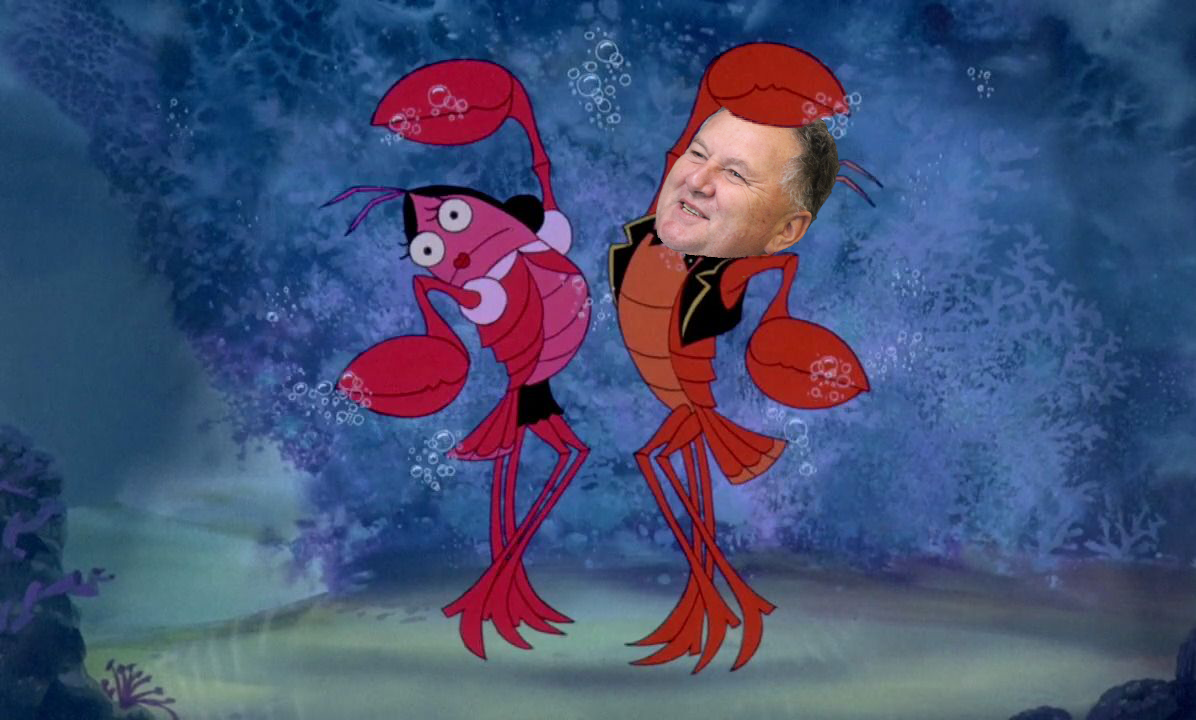 We're not talking about the B-52s song. Someone in the highest level of Government seriously loves the rock lobster industry. As an advocate for taxpayers, Porky naturally went to the Economic section of the proactively released documents. There were only 50 of them (three working days of reading). If you only read these papers, you would have to believe that the most valuable industry impacted by COVID-19 was rock lobster fisheries. Seriously, there are seven papers out of 50 devoted solely to the rock lobster (crayfish) industry.

The entire rock lobster industry is valued at $300 million. Rock lobsters got seven papers. Tourism, a $17 billion industry that has been devastated, got two papers. Hard-hit hospitality got no papers at all. Where are the Government’s economic priorities, and who in Cabinet really, really likes rock lobsters? [Porky has a theory. See the image above.]

The papers also reveal the Government is providing “mental wellbeing support to fishers primarily through an independent fishing industry health and safety provider.”

The obvious question is where is the mental wellbeing support for tourism, hospitality, and retail? This is the Government of kindness after all.