It's a longer Taxpayer Update this week – but there is just so much silliness in Wellington that we're swamped.

Ruled-out taxes back on the agenda

Jacinda Ardern has previously ruled out both a capital gains tax and an asset tax. In fact, both she and the Finance Minister promised that other than a new income tax bracket, there would be no further tax changes this term.

But just weeks after the election, it looks like those promises could unravel.

Faced with increasing pressure over rising house prices, the Finance Minister appears to be “un-ruling out” new taxes on housing.

Egged on by Reserve Bank Governor Adrian Orr, Robertson is asking Treasury for advice on an extension of the “bright-line” test. 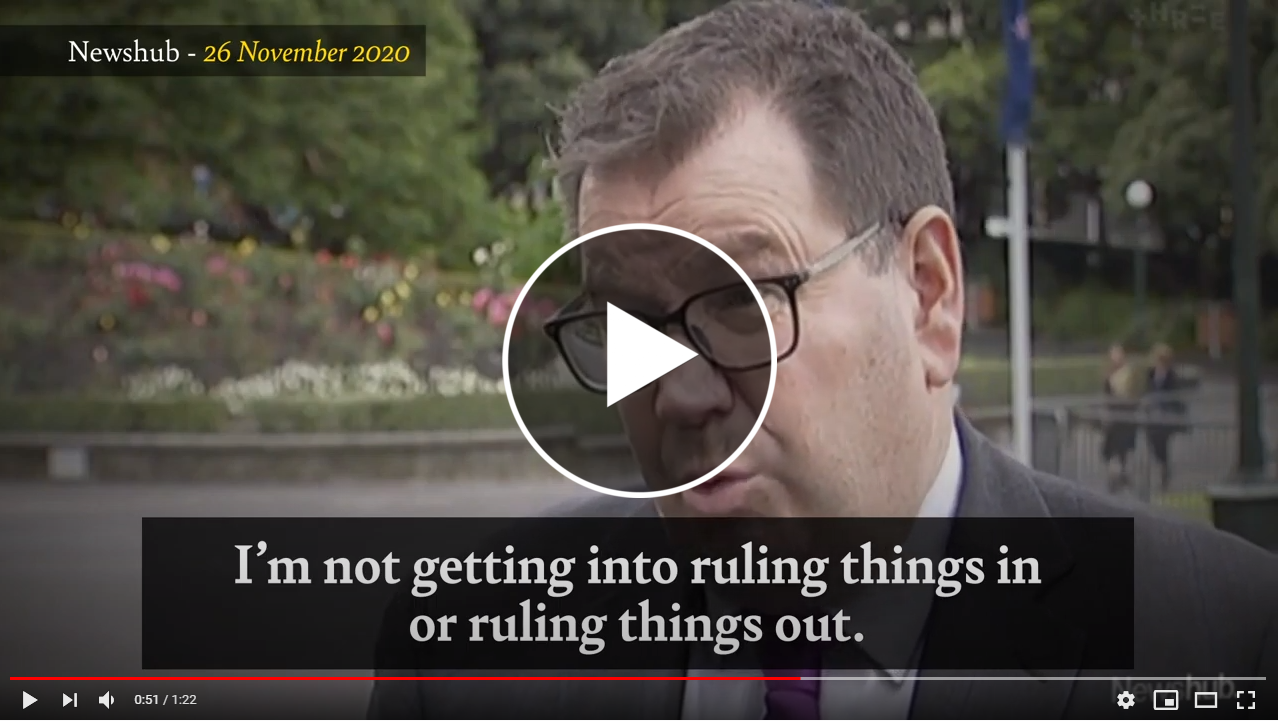 Extending the bright line test is effectively imposing a nasty capital gains tax – at a rate of up to 39% – for property owners who sell within ten years.

Click here to tell Grant Robertson to stick to his word.

Taxing houses will not make them more affordable. What this tax would do is hammer people who need to cash out of property for personal reasons. It would reduce liquidity in the market, and could even incentivise politicians to drive up house prices further in order to reap tax revenue from the capital gain.

The Government also appears to have “un-ruled out” increasing the tax rate for trusts to 39%, to match the new top income tax bracket.

Both of these tax proposals would be harmful. But here’s the biggest worry: if the Government decides it’s okay to break its tax promises, it won’t stop at these. A Green Party-style asset tax or even a Michael Cullen-style capital gains tax could be back on the agenda. That's why we've set up a tool for New Zealanders to tell Grant Robertson to keep his promises. Sent him your message at www.StickToYourWord.nz. 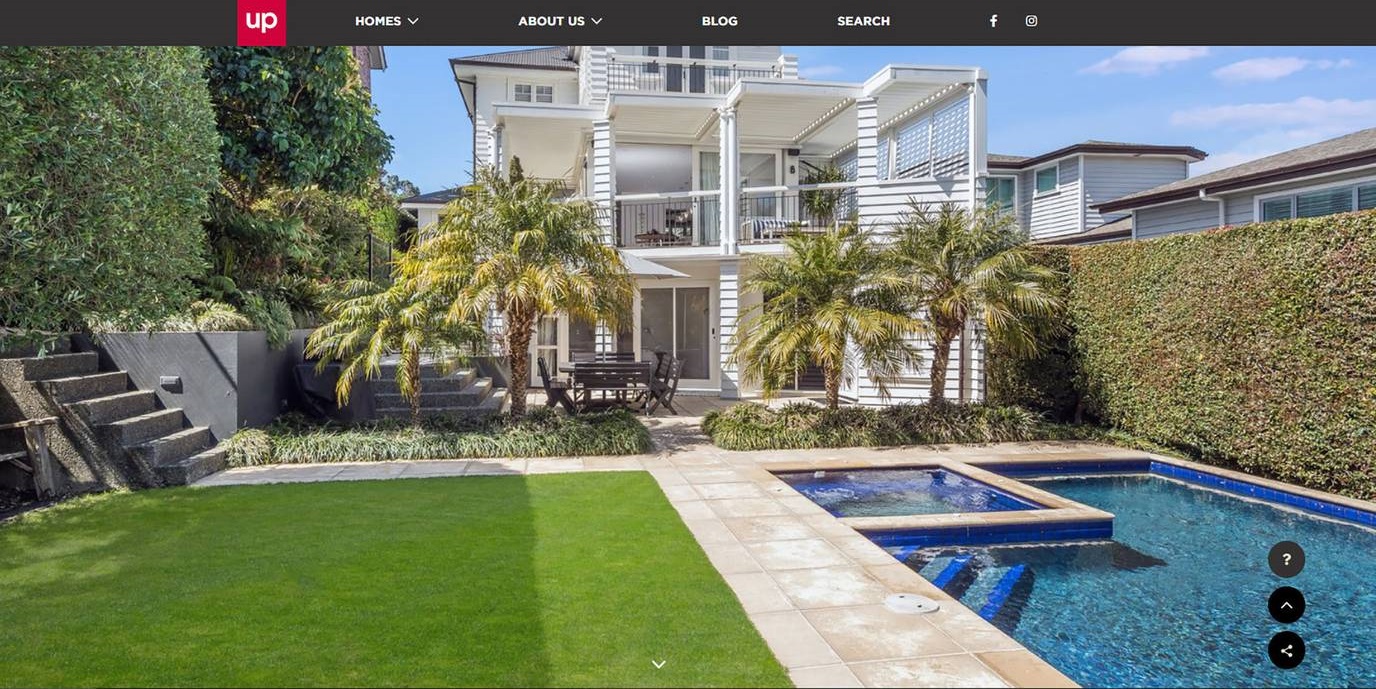 A year ago, the University of Auckland purchased a $5 million Parnell mansion for its new Vice-Chancellor, Dawn Freshwater.

The Auditor-General opened an investigation and on Wednesday released his report. He could hardly be more scathing: he says that the University failed to show a justifiable business purpose, failed to demonstrate objectivity, failed to display adequate transparency, failed to show the expenditure was moderate and conservative, and failed to follow its own policy on sensitive expenditure.

By charging the Dawn Freshwater half the market rent, the University effectively topped up her $755,000 salary in a way that wouldn’t be transparent to observers.

The victims here are fee-paying students and taxpayers, who expected their hard-earned money to be spent on education, not luxury housing for a public sector bigwig.

It’s not enough for the University to just sell the mansion. We’re calling on Dawn Freshwater to backpay the University for the real value of her discounted rent. If she can’t show this basic respect to taxpayers and students, she is unfit for the top job.

Consultants are getting rich off the Ihumātao stand-off 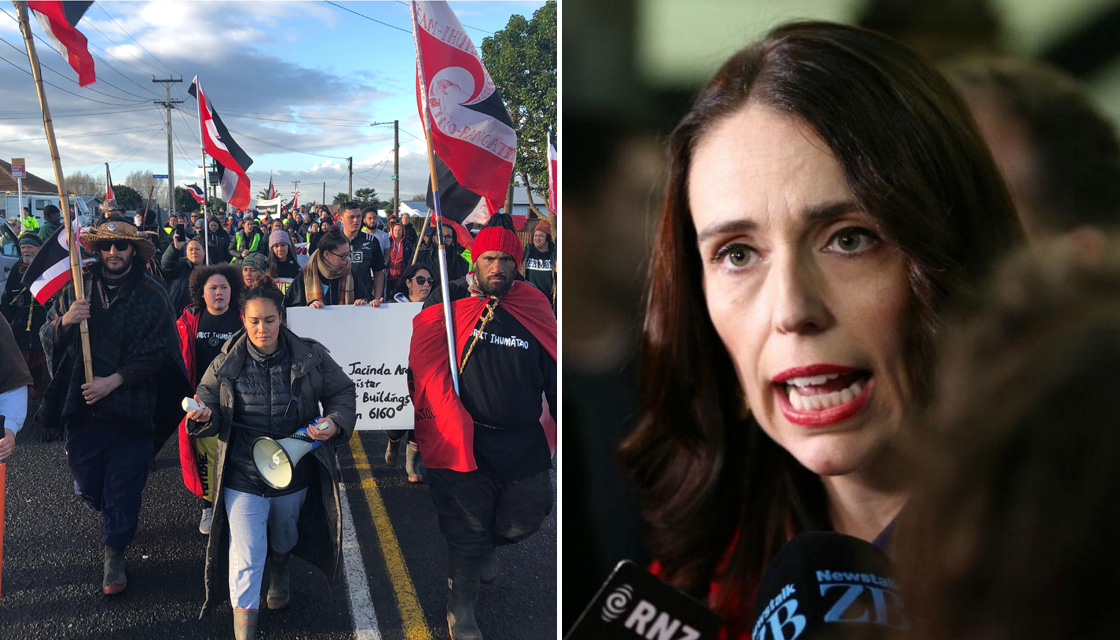 Last year the Prime Minister made a big show of announcing her intervention at Ihumātao, but in reality she’s fobbed off the nuts and bolts of negotiations to highly-paid consultants.

The Government has paid consultants more than $150,000 to provide advice regarding the dispute, with some paid $325 an hour, according to the Herald.

The problem is that all parties involved at Ihumātao – the occupiers, Fletcher Building, and the consultants – know that the Government has deep pockets and that the Prime Minister isn’t willing to walk away from the negotiating table. This means they can be aggressive with their demands.

If the Government is willing to pay Ihumātao consultants $325 per hour, taxpayers can expect the Government to fork out a horrendous sum for any eventual settlement of the dispute. And with Auckland land values rapidly increasing, the likely bill only gets worse as the standoff drags on.

The Prime Minister needs to do right by taxpayers and call off the negotiations, reasserting Fletcher Building’s property rights. That way, if the occupiers want the land, they’ll need to convince Tainui to buy it.

Yesterday saw the release of MP expenses for July-September.

It turns out Green Party MPs are burning taxpayer money and fossil fuels at a faster rate than any other party as they jet up and down the country: 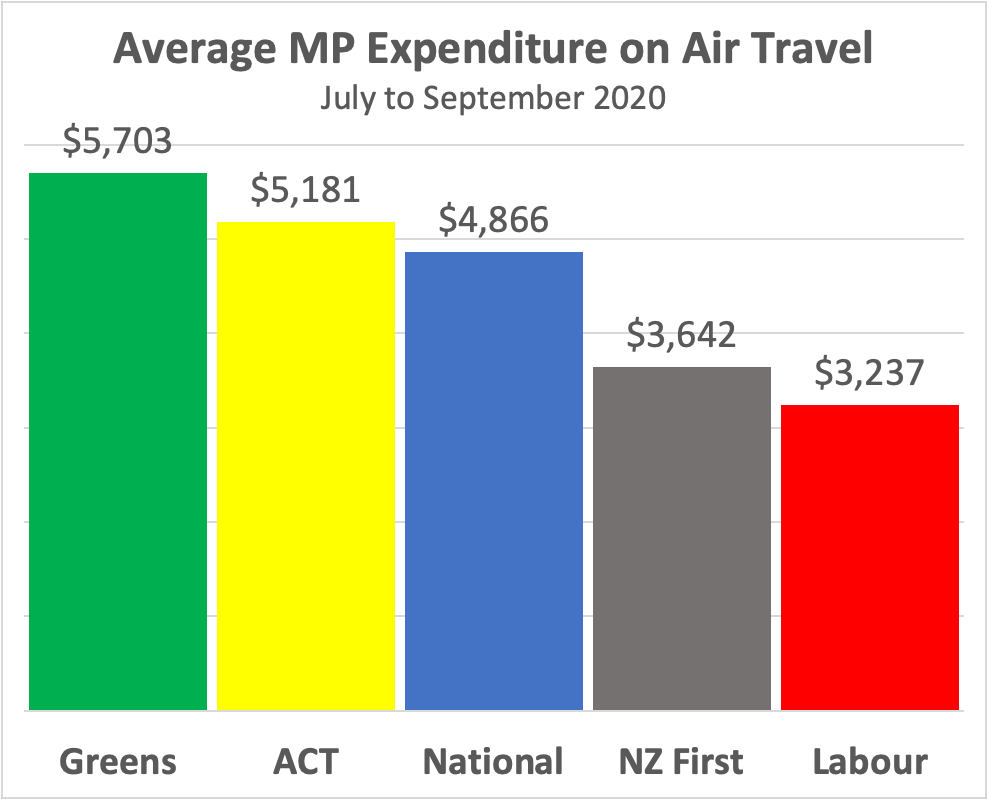 These spending figures arrive in the same week the government declared a climate emergency at the Greens’ behest. The hypocrisy is enough to make you weep. 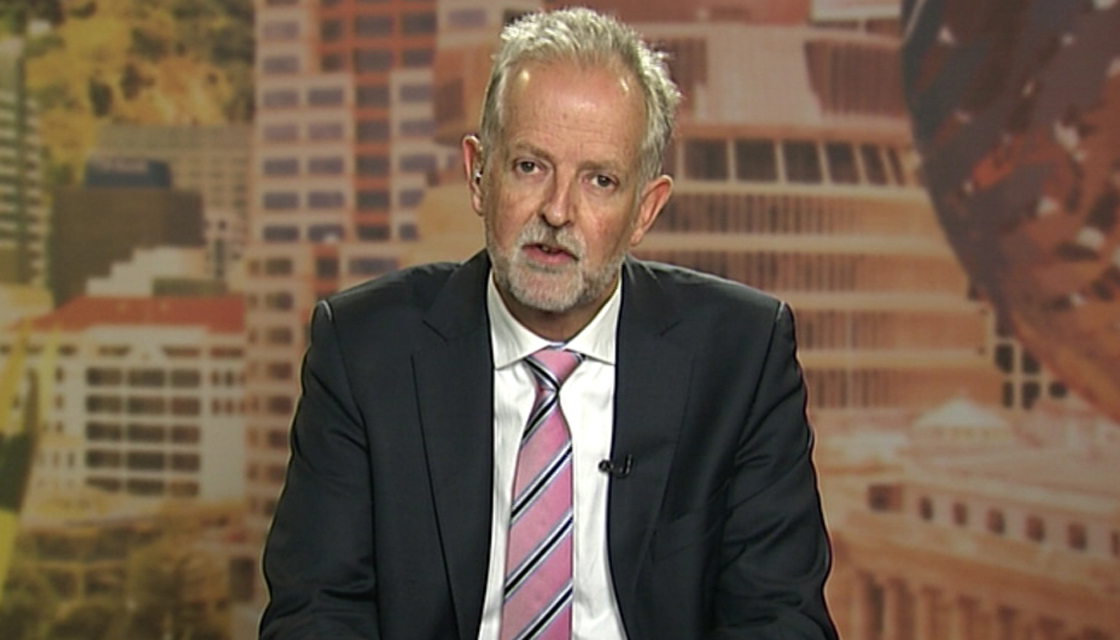 Children’s Commissioner Andrew Becroft has used his latest “Child Poverty Monitor” report to call for costly policies that aren’t even targeted at children. He wants the Government to spend more on benefits and accommodation supplements, and is even pushing for the internationally discredited policy of rent control.

Taxpayer-friendly proposals to address child poverty, such as GST relief or RMA reform, never seem to feature in the Commissioner’s proposals.

On Wednesday, we called it for what it is: the Commissioner is a taxpayer-funded left-wing lobbyist. He offers no ideas that aren’t already being pushed by countless left-wing groups who at least get their points across without taxpayer funding.

The Commissioner is funded by taxpayers to the tune of $3.2 million a year. $2.7 million of that is spent on salaries, including $272,000 for the Commissioner himself. He could do far more for children by winding up his office and just giving that money to the kids!

You've got to be kidding...

Remember Trevor Mallard's $572,000 Parliamentary playground? It's been open for barely a year and it's already closed for maintenance! 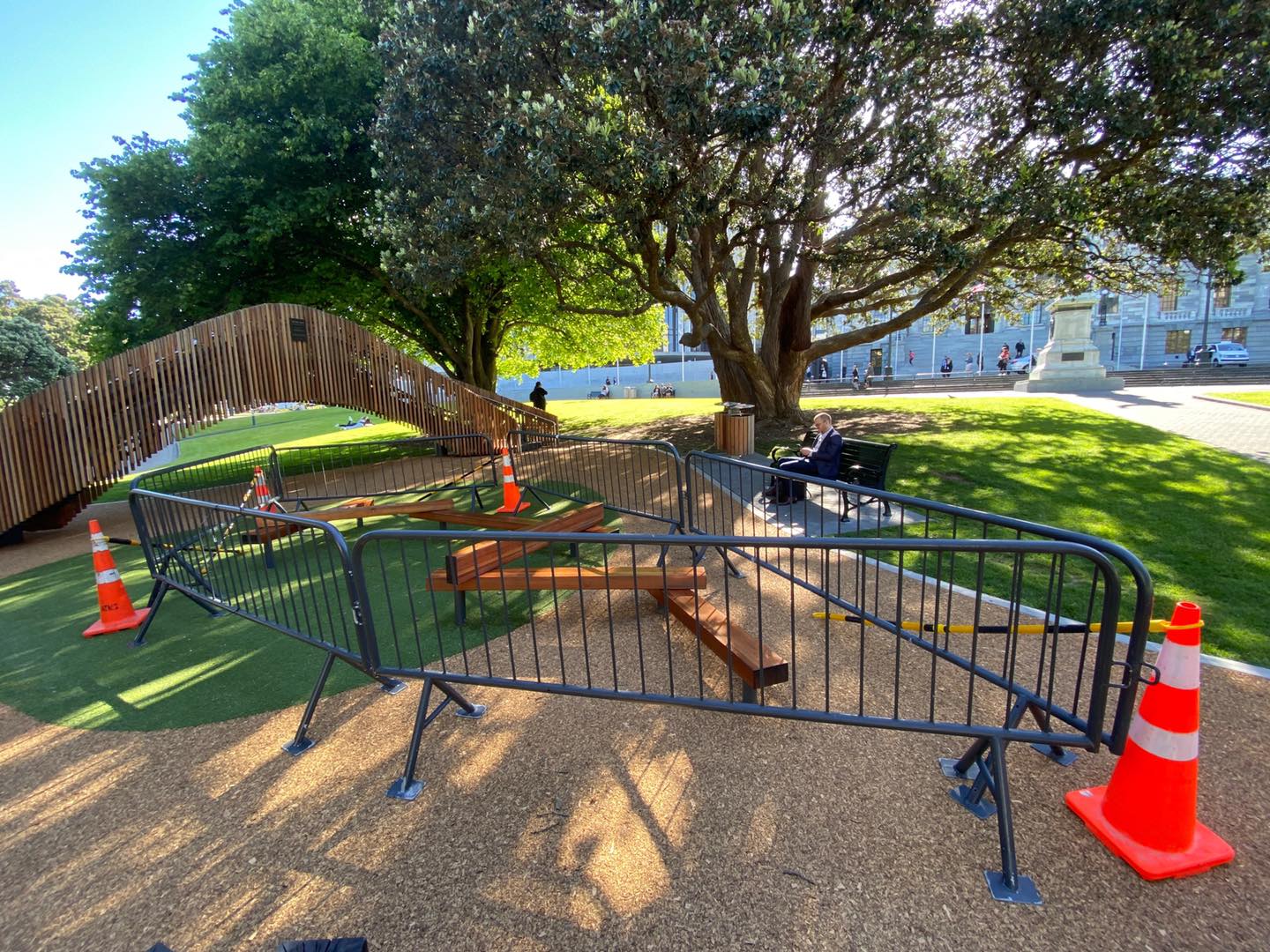 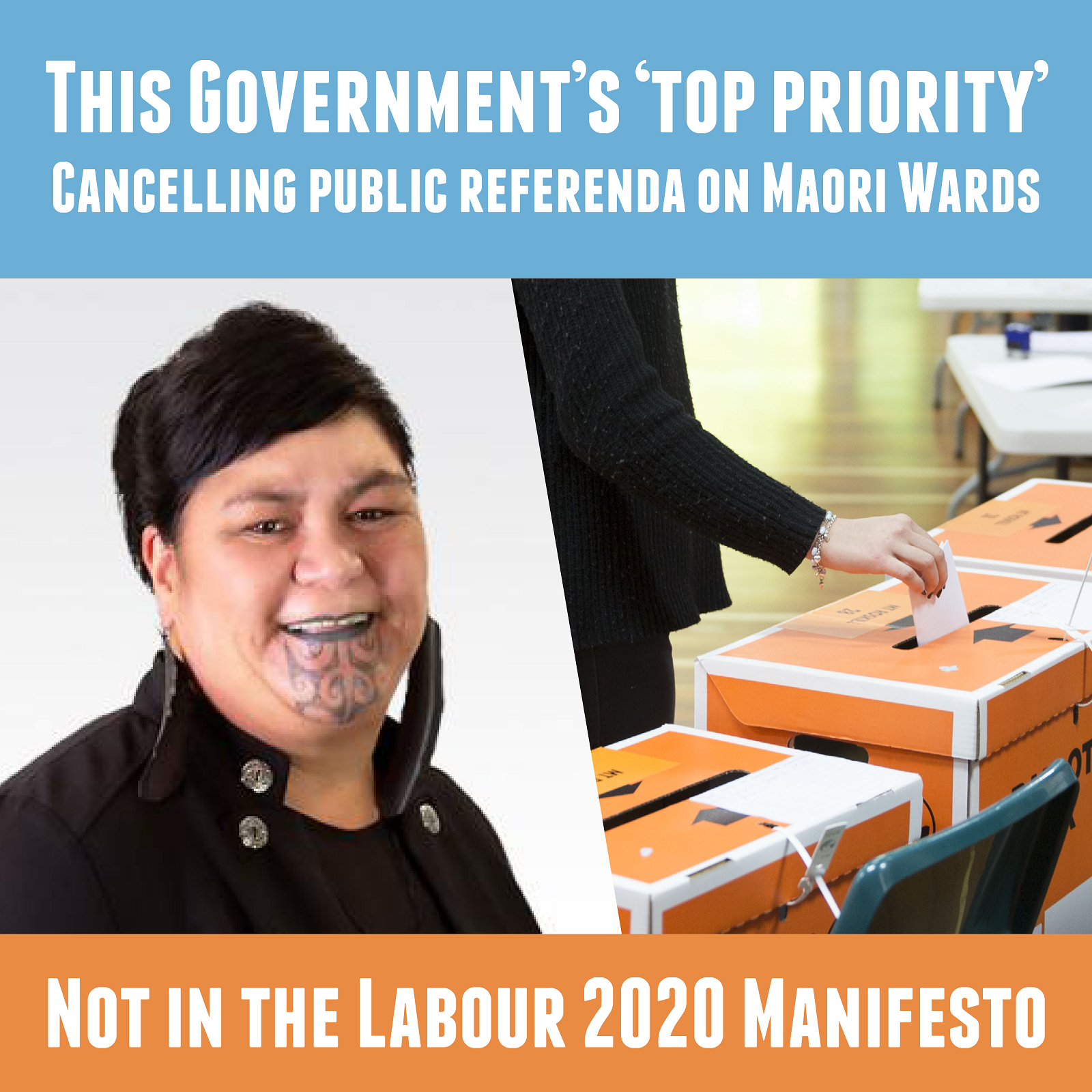 Just six weeks after the election, Labour Ministers are unveiling surprise new 'top priorities' that were completely absent from the party's election manifesto.

Local Government Minister Nanaia Mahuta stated of that one her top priorities is abolishing the ability of ratepayers to initiate a public referendum if a Maori ward is going to be established in their area. This policy is not referred to in Labour's manifesto. Ironically, the manifesto does commit to having ‘major decisions about local democracy involve full participation of the local population from the outset.’ The Minister seems intent on shutting out full participation on certain major decisions about local democracy. She has no mandate for this.

Labour's success in the election gives the party a clear mandate, but only for the policies it campaigned on. The public has not endorsed abolishing referenda, nor switching to bilingual road signs, which the Minister of Transport has also named as a priority.

If other Labour Ministers are harbouring unannounced priorities, they should release them now in a transparent manifesto update, rather than revealing them on an ad-hoc basis throughout the next three years. 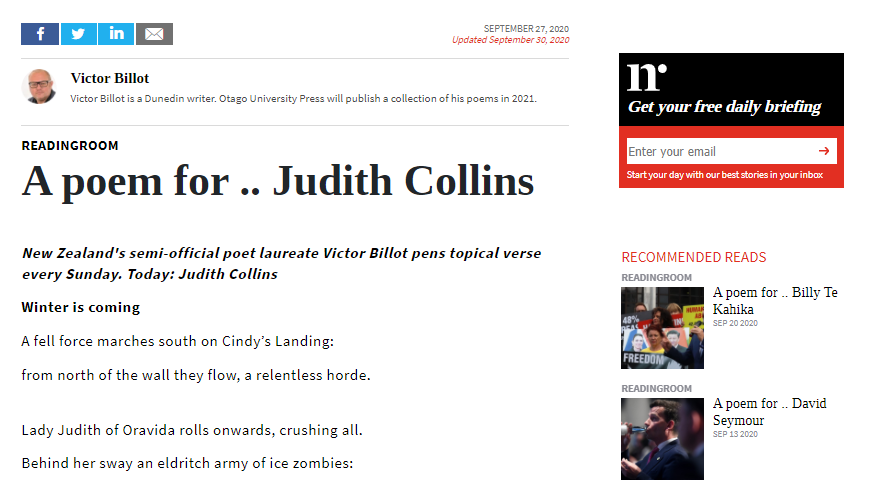 In the lead-up to the 2020 general election, Newsroom was awarded $21,150 “towards commissioning weekly NZ book reviews, short stories and poems” as part of Creative NZ’s "Arts Continuity" COVID-19 response fund.

“But when the Queen first speaks, Lady Judith just cackles.
F-bombs and eye rolls, head high verbal tackles
When Her Kindness speaks again, JC says look at me!
And spins her head round in circles, demonically”

“But now fascism is casting a shadow over our fair land.
Queen Cindy’s one party state is close at hand
To despots I proclaim; I have no time for your treaty!
On principle I REFUSE to holiday on Matariki”

Meanwhile, a poem addressed to Jacinda Ardern merely encourages her to push harder for her political agenda:

“The kind of kindness we need to see
now must go beyond reassuring speech.
It must extend both breadth and reach.
That’s what we need J.A. to deliver
Those houses she mentioned, those fresh blue rivers.”

Here’s what we told the media:

Mr Billot is entitled to write childish screeds about politicians he doesn’t like, and Newsroom is welcome to publish them – but taxpayers shouldn’t have to pay for it.

This is yet another example of Creative NZ using its funding to support political propaganda. The agency, which claims to support the arts for the benefit of all New Zealanders, recently also gave money to The Spinoff to agitate for entrenched Maori electoral wards.

The Newsroom poems are especially egregious in that they were published in the lead-up to an election. At the very least, Creative NZ needs to review its grants approval process to ensure it is funding a range of political perspectives, or simply not funding political material at all.

Amusingly, after we criticised this spending, the poet himself published a tirade calling us “a front for far right political interests who are opposed to taxes in principle”. Our in-house poet Neil Miller decided to respond in poetry form:

We ridiculed your poems just by publishing them
That got more readers than the usual arty scrum
Your poems are so bad they would almost be funny
If they weren’t being paid for by our hard-earned money.

Newstalk ZB  The Huddle: Was the climate emergency declaration the right priority?