This year Budget Day falls on "Tax Freedom Day" - the first day that New Zealanders stop working for the Government and begin working for themselves.

According to OECD figures general government total outlays now equal 40.0% of the New Zealand economy. That means, for the average Kiwi, when the clock ticks over to 11:12am Thursday we finally stop working for the Government and begin to work for ourselves.

Despite the election of a National-led Government in 2008, the burden of government is still higher now than it was under Helen Clark. During the period of the last Labour Government the size of government never rose above 40% of the economy.

We think Tax Freedom Day is a day for New Zealanders to reflect upon how every dollar of the money they've earn so far this year is taken by politicians and whether all of the spending is really necessary. Are politicians as prudent with your money as they should be?

Thanks to income tax thresholds not adjusting for inflation the average Kiwi household now pays more than $1,000 more in taxes than they did in 2010. While John Key campaigns on a platform of lower taxes, the numbers don't match the rhetoric.

Here at the Taxpayers' Union our mission is to fight government waste and for lower taxes. If you agree that Tax Freedom Day should be earlier in the year - click here to support our campaign. 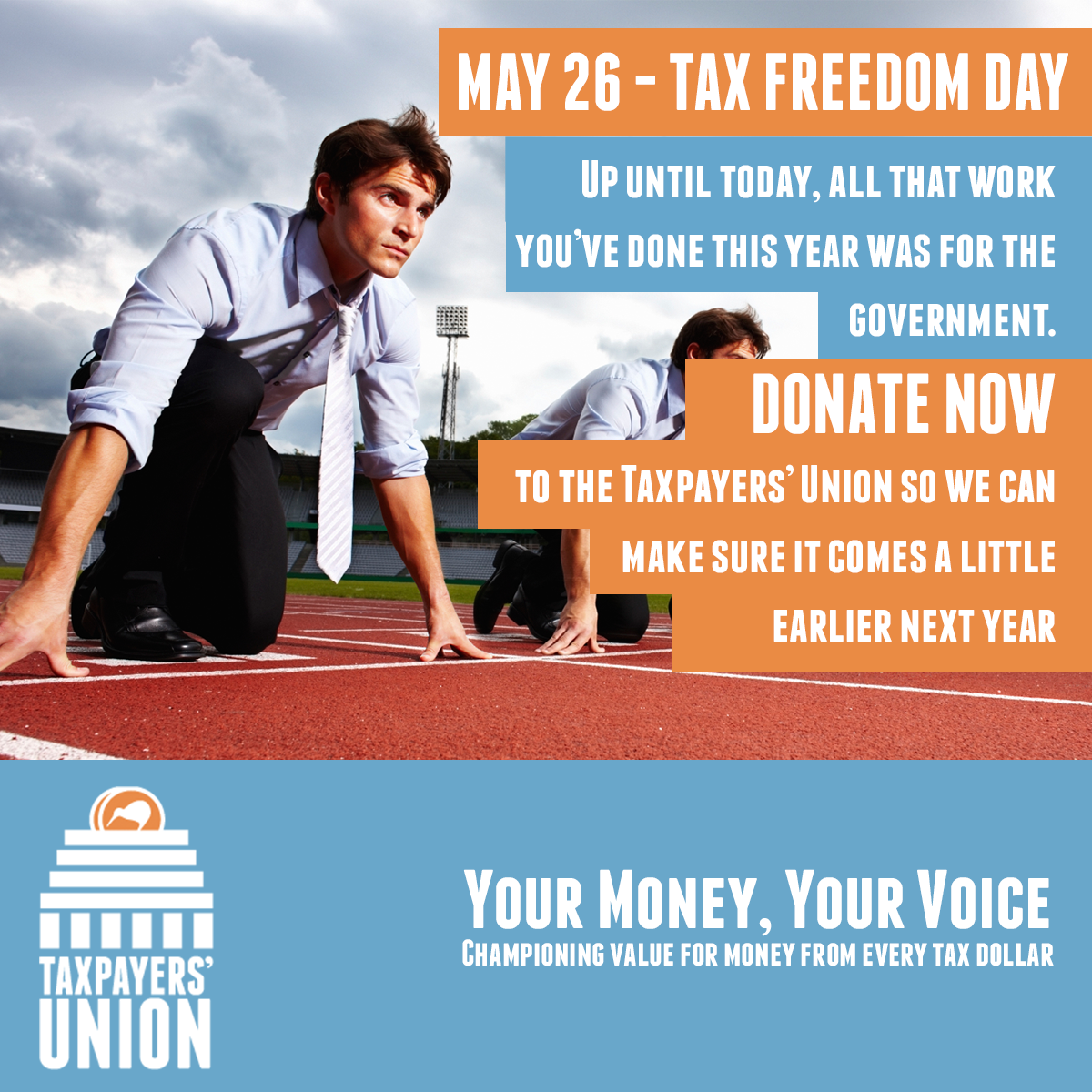 Today is Tax Freedom Day – the first day of the year when Kiwis stop paying for the state and start working for themselves. The Taxpayers’ Union believe that it is high time ordinary people saw the rewards of hard work going into their pockets, not the taxman’s.

Congratulations New Zealand, as at 10.04am today you are working for yourself. However, the fact the Government accounts for all the money earned until today means it is unlikely New Zealanders will be celebrating. The government has effectively sucked up all of our earnings for the first 154 days of the year.

OECD figures put the current burden of government in New Zealand as 42.2% of GDP. This is larger than the 30% recently quoted by Finance Minister Bill English because it also takes into account crown entities, such as SOEs as well as local government.

At 42.2% this year, the burden of government is even larger than when National took office in 2008. While core government expenditure has gone down, the wider crown portfolio and particularly local government has exploded.

Tax Freedom Day is a day for New Zealanders to consider the egregious amount of tax foisted upon us by successive governments. Tax should be used to deliver the key functions of government in the most efficient way possible.

We should be aiming to start working for ourselves in April, not still working for politicians in June. The only way to do that is to reduce the high tax burden on New Zealanders.

We want to keep working to make sure next year's Tax Freedom Day is earlier. Help us do it, by joining, or supporting, the Taxpayers' Union. 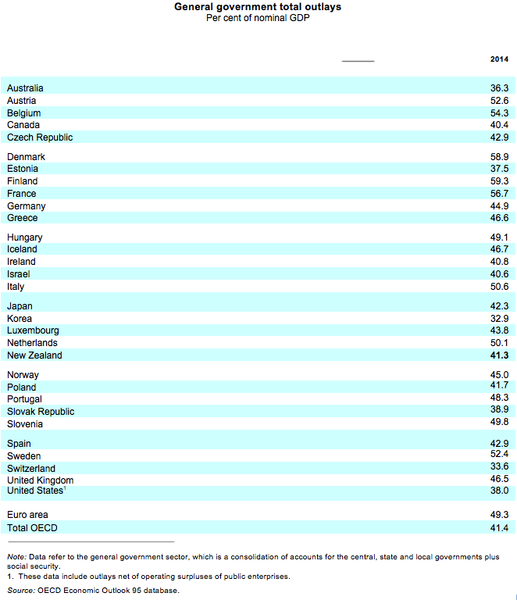