Steven Joyce has provided a response to Jim Rose's Monopoly Money report - but appears to focus just on R&D tax credits, rather than address the bulk of corporate welfare identified in the report.

Economic Development Minister Steven Joyce is disputing the Taxpayers’ Union analysis of corporate welfare under National, saying he disagrees with its characterisation of a subsidy and its estimate of would-be corporate tax rate reductions.

As revealed in National Business Review last Friday, a Taxpayers’ Union report claims that National has handed out an average of $1.18 billion a year in corporate welfare since it came to power in 2008. (See report attached)

In the Monopoly Money report, Jim Rose – a former principal adviser at the Treasury and former senior analyst at the Ministry of Business, Innovation and Employment – concludes that such business subsidies are costing New Zealand households an average of $600-800 a year.

Continue reading on the NBR site ($)

The Waikato Times has picked up our Monopoly Money report and recent comments by Trade Me founder Sam Morgan. 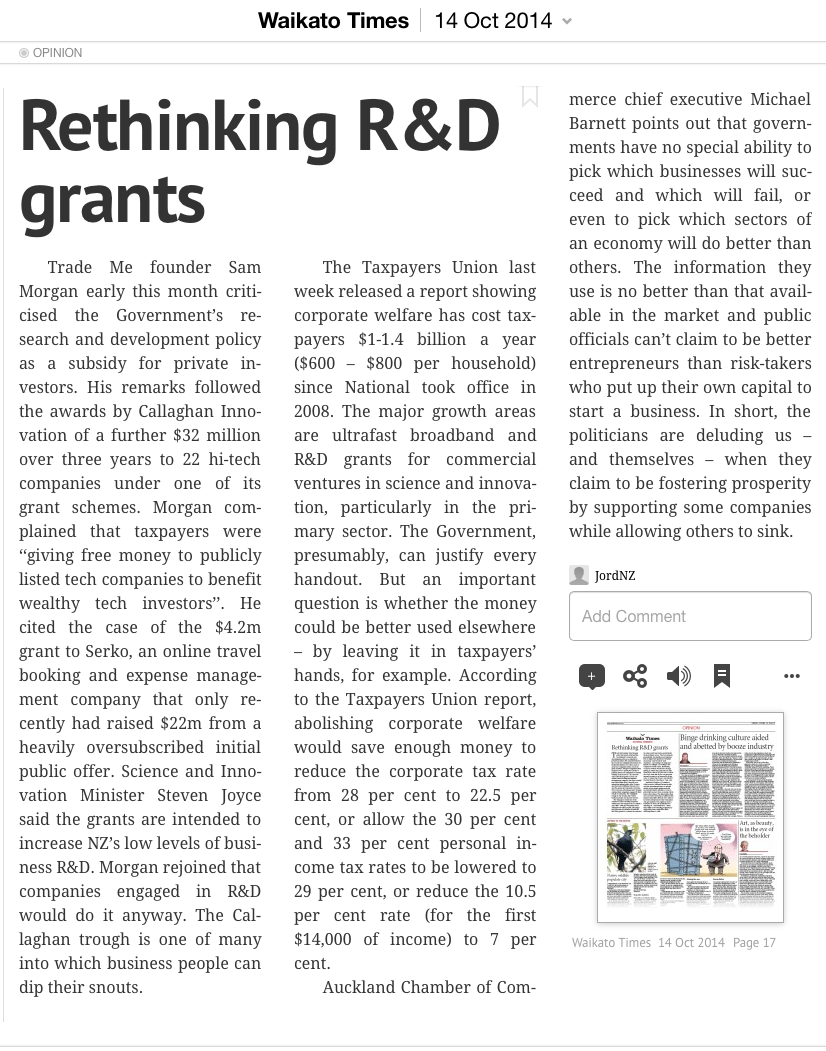