Pie in the sky

This morning we released advice on the cost to taxpayers of three of Internet-Mana’s education policies. At a total cost of $17.6 billion they are higher than the entire policy package of the three main political parties combined.

Labour leader David Cunliffe is right when he reportedly said that Internet-Mana are ‘numerically challenged'.

With just three policies Internet-Mana have managed to pledge more spending than National, Labour and the Greens combined.

Even the $11 billion in spending cuts proposed by the ACT Party wouldn’t pay the tab for Internet-Mana.

Altogether these three policies would cost a staggering $10,386.84 per household.

As most of Internet Mana's policies lack sufficient detail to enable them to be costed, the Party has not been included in the Bribe-O-Meter graphic at bribe-o-meter.co.nz.

Yesterday we published the final update of our election costing 'Bribe-O-Meter' in the lead-up to Saturday’s election.

The Bribe-O-Meter now reflects the costs of all policies announced. It shows that of the main parties:

Throughout the election campaign our independent expert has made adjustments to the Bribe-O-Meter's numbers as parties have announced, refined and clarified their policies. Nevertheless, throughout the Greens have consistently proposed the highest amount of new spending, while ACT have been the only to propose an overall reduction.

While Labour and the Greens have outlined their plans for the next three years, National have remained more reserved, perhaps signalling debt repayment or future tax relief. 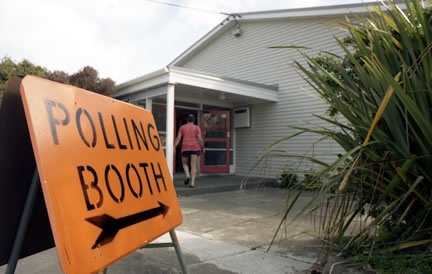 The Prime Minister has announced an election date of 20 September.

The role of the Taxpayers' Union through the next 194 days is to make sure politicians are promising value for money - and not vote buying through pork barrel politics and government waste.

Without fear or favour, we intend to critique the various promises made with taxpayers' money as well as fight policies that will increase the overall tax burden faced by kiwi households.

If you've not already joined our campaign, you can do so here. It's going to be a lot of fun.