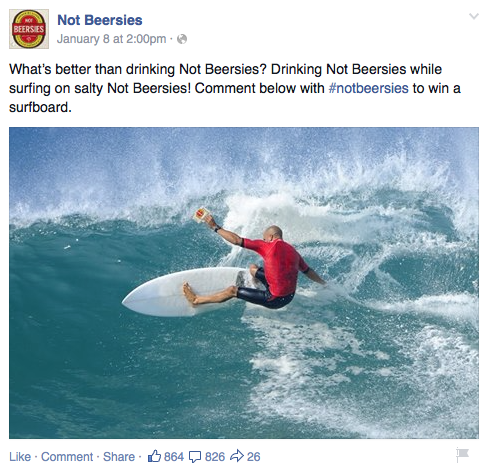 A few weeks ago we went public with our concerns about the ’No Beersie' campaign by the Health Promotion Agency. To recap: 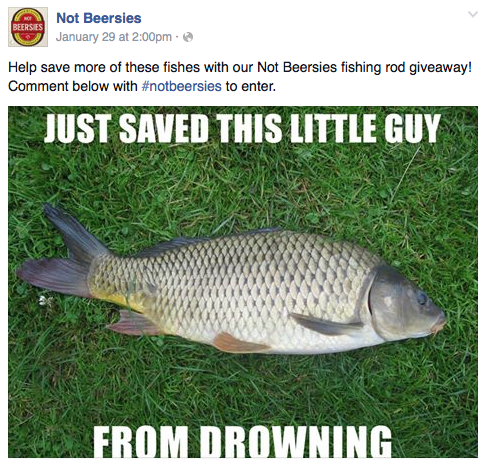 Despite the bad press (including this scathing Waikato Times editorial) the HPA is feeling very jolly indeed with your money.  It’s either that or the HPA so desperate to be liked they’re giving away fishing rods, surf boards and even $100 petrol vouchers!

All this with money that should be helping those who have a problem with alcohol.

We’ve launched a petition to tell the Government to end to these sorts of silly taxpayer funded advertising campaigns promoting common sense and feel-good nonsense.

Do you agree that this is a waste of money? Will you support us? Sign the petition by clicking here.

Today we released documents which detail the cost and focus group feedback on the ridiculous “Not Beersies” campaign by the Health Promotion Agency.

The documents show that:

The Taxpayers’ Union had feedback that the ‘Not Beersies' ads were making people thirsty for beer. Some participants in the Agency’s own focus groups said the same - that the ads encouraged drinking or were confusing.

Is promoting a cultural change now synonymous with health promotion?

The Health Promotion Agency acknowledge that the campaign probably won’t reduce alcohol consumption and won't affect the most at-risk of alcohol harm - but they spent the money anyway.

The HPA spent over $1.2 million of taxpayers’ money in order to promote a ‘culture change’. No wonder no one bothered to do a cost benefit analysis.

It’s a creative campaign, but it’s using taxpayers’ money for social engineering rather than for the purpose of reducing harm or promoting health. The documents show that the HPA knew that they were woefully off the mark. They pushed ahead and spent the money anyway.

In December the Advertising Standards Authority received a complaint from an individual who incorrectly thought the ads were promoting beer. The campaign has also been publicly labelled "sexist and offensive" and with claims they miss the point as beer consumption continues to fall. Cleary the campaign message has become confused and contorted.

We think the campaign is an own goal. What do you think? Does the HPA and its ad agency have more money than they know what to do with? Should the Government be requiring the HPA to justifiy its budget and force it to invest in measures that actually reduce harm? Let us know on our Facebook page.