Op-Ed: Panama Papers don’t reveal what the opposition claimed – at least so far

Originally published by the National Business Review, Monday Monday May 9, 2016 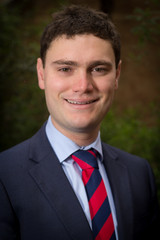 Today was meant to be the day we learned what the Prime Minister was hiding in relation to the release of stolen client files from Mossack Fonseca, a law firm, which have been labelled the “Panama Papers.”

Here at the Taxpayers’ Union we were geared for our staff to go through the files and prepare talking points to condemn the New Zealanders who the papers would apparently uncover as using shady international vehicles to dodge tax obligations.

But as we woke to the news reports this morning, it soon became clear that the drip-fed stories last week of an exposé were overcooked.  You know there’s not much of a story when Radio NZ, one of the media outlets with early access to the papers, led its 7am news bulletin with the number of documents their journalists had "sifted though" – not the apparent revelations they detail.

So far, there is no evidence that a single cent of revenue that would legitimately accrue to Inland Revenue in New Zealand has been lost.  Instead, the papers show New Zealand is one of the jurisdictions of choice for many legitimate ownership vehicles. It seems New Zealand’s political stability, its recognition of property rights and its honest officials mean that it is seen as a safe place for holding family wealth if you are not so blessed with strong institutions. New Zealand also respects the privacy of personal information.  Radio NZ, and others, appear to confuse safety and the privacy of ownership with (to use the words of Morning Report) ‘funnelling profits’ through New Zealand to avoid tax.

It’s all very well for New Zealanders such as Nicky Hager (who, incidentally, parks his own assets in a family trust) to bemoan foreigners for using our trust regime but he might want to consider some of the reasons why New Zealand is so attractive. Most are unconnected to tax. English-style trust laws, an independent non-corrupt judicial system and political stability are the most obvious.

For many business and political leaders, sheltering their assets isn’t just a matter of personal privacy, it can be for safety or security. Indeed, the main details we have from today’s media reports are of Ecuadorian bankers, two Colombian car dealers, a Mexican film director and “wealthy Mexican society figures.” For some reason, we are supposed to assume that just being Latino means you are involved in criminal activities.  In fact in these countries, if you have significant assets you are exposed to kidnapping and blackmail, and the risk of arbitrary state seizure of assets isn’t remote.  Who would blame them for choosing our legal system to provide protection?

As the head of a taxpayer organisation, I am acutely aware of the threats made against my international equivalents in countries where physical and political intimidation are rife. Many would be wise to avoid their governments from knowing what they own and where.

The Panama Papers leak is a reckless violation of personal privacy which will undoubtedly put in physical danger law-abiding individuals and their relatives around the world. The Zimbabwean farmer, the Venezuelan democracy activist, or the Saudi businessman wanting to give an inheritance to his daughter, so used a New Zealand vehicle to bypass the abhorrent Saudi rules that require all wealth to go to the eldest son. Those are the people who this leak exposes.

Opposition politicians are encouraging the misinformation that the papers show that rich New Zealanders are using sneaky accounting tricks to evade paying their "fair share" or that taxpayers are shouldering a heavier burden to cover those who are taking advantage of a regime not widely understand. They don’t.

Often a trust will own shares in a company carrying on a business, which is paying full tax in the country in which the business operates. The beneficiaries declare and pay tax on any income that is allocated to them by the trust. There is no tax evasion.

If New Zealand were really being portrayed as a tax haven or being condemned overseas, as a member of the World Taxpayers Associations, we would know about it. But the only ones who are talking New Zealand are those with an interest of creating a perception that our government has been complicit in some sort of international conspiracy to allow the sheltering of income from tax. Again, the facts don’t match the rhetoric.

The Taxpayers’ Union will be the first to condemn anyone who has used trickery to avoid tax but so far all we have seen is political posturing.