One of the ways the Taxpayers' Union promote sensible restraint of government expenditure is by exposing and arguing for an end to corporate and union welfare.

If you have an example you think our researchers or members should look into, please let us know via our online tip line.

The report, which examines the cost of corporate welfare since the 2007/2008 budget, shows:

"Given that politics is a contest of ideas and vision, any government spending on the scale identified in this report should be transparent and open to public scrutiny. I therefore welcome the Taxpayers’ Union efforts in this area."

“Corporate welfare seldom represents a good or fair use of tax and ratepayers' money. The report shows that evidence of substantial benefits is scant and limited.”

"Taxpayers and politicians from all sides of the political spectrum should ask whether the public gets value for money from these business handouts."

Bill English was right when he said last month that welfare is like crack cocaine. There needs to be a real effort to beat the vested interests and put an end to these corporate welfare programmes.

This report will serve as a wake up call for taxpayers - the per household cost of the corporate welfare detailed in the report equals between $600 and $800 every year. The amounts may be justified - if the Government is a better investor than private citizens. The economic evidence, however, suggests that governments, politicians and bureaucrats do not have the market disciplines to be better investors on a consistent basis.

To read our report full screen click on the image below. Alternatively, you can download the report as a PDF by clicking here.

Science and Innovation Minister, Steven Joyce hit back at us regarding our recent criticism of the Government's corporate welfare efforts, such as the millions of taxpayer dollars going into ‘company incubators’. The NBR reported on Thursday:

Eight new company incubators are to receive funding under Callaghan Innovation’s incubator support programme.
Callaghan, the government funded innovation hub, has included three new technology-focused incubators and five founder-focused incubators in its latest funding round.
The three new tech-focused incubators are PowerHouse, Astrolab and WNT Ventures, and will be eligible for up to $450,000 worth in repayable government grants, with the incubator companies matching funding at a one to three ratio of up to $150,000.
...
The tech-focused incubators will focus on commercialising Intellectual property, primarily sourced from publicly funded research organisations, like universities and Crown Research Institutes.
The repayable grants are a trial programme, which was allocated $31.3 million over four years in the 2014 Budget.
...
However, the Taxpayer’s Union executive director Jordan Williams has described the government grants as an “example of politicians thinking they know more than IT entrepreneurs.

Joyce slams Taxpayers’ Union attack
Science and Innovation Minister Steven Joyce has slammed the Taxpayers’ Union’s attack on the minister as a “fundamental misunderstanding” by its executive director Jordan Williams.
Mr Williams described the $31 million worth of grants to eight new company incubators - under Callaghan Innovation’s incubator support programme - as an example of politicians thinking they know more than IT entrepreneurs.
Mr Joyce says Mr William’s comments show a fundamental misunderstanding of both technology-based start-up companies and the intention of the government’s policy.

Unfortunately Mr Joyce does not tell us what the 'fundamental misunderstanding' is, rather just explains what the 'purpose' and 'intention' of the policy is. The article goes on to say:

NBR ONLINE asked the Minister how Callaghan Innovation justifies a 3:1 funding ratio, with the taxpayer taking on 75% of the risk?
Mr Joyce replied that the incubators would be funding early stage companies that have arisen from public research organisations, where generally the taxpayer has paid up to 100% of the costs of the research.
“The projects that are funded via the incubator are still very early stage, with significant technical risk. The aim of the programme is to get private sector expertise in very early so that the projects have a greater chance of success.

We have called on Mr Joyce to explain what the ‘fundamental misunderstanding’ is. Instead of rebutting our criticisms of the policy, Mr Joyce has just reiterated what the ‘intentions’ are. Unfortunately even the worst policies have the best of intentions.

We hoped to be proven wrong on our fear that the grants are interest free. Instead the Minister confirms the worst, with 40% of the grants expected to be written off and the rest not even adjusted for inflation.

For us, the key question are:

Science and Innovation Minister Steven Joyce today announced a $15 million investment over five years into advances in genetics research that will improve the profitability of New Zealand’s sheep and beef sector.

“Science and innovation are major drivers of economic growth and international competitiveness. The Government is committed to ensuring we invest in purpose-driven research that benefits New Zealand,” Mr Joyce says.

“Genetic improvement in the sheep industry has contributed greatly to farm profitability, and for every dollar captured on farm, another 50 cents is captured off-farm. In just 10 years Beef + Lamb New Zealand Genetics expect that farmers will receive $5.90 extra profit per lamb sold at that time.”

As Mr Joyce goes on to point out in the release, New Zealand already leads the world in pastoral animal and plant genetics.

“As a nation, we are already leading the world in pastoral animal and plant genetics. This partnership will help us maintain this critical position and to continue to build on it through further research and development in sheep and beef genetics.”

The first part of that paragraph is correct - NZ does lead the word. What is not clear is why taxpayers need to stump up to keep us there. Why does this multi-billion dollar export industry suddenly need the Government pouring millions into it? Expecting increases in farmers' profits is not justification.

This funding is for good headlines, not good economics. What other industries have their normal research and development costs borne by the taxpayer? 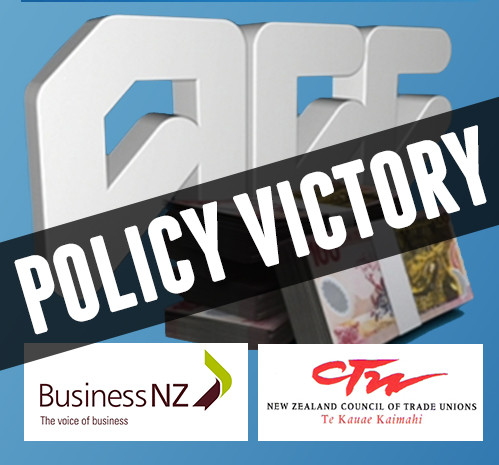 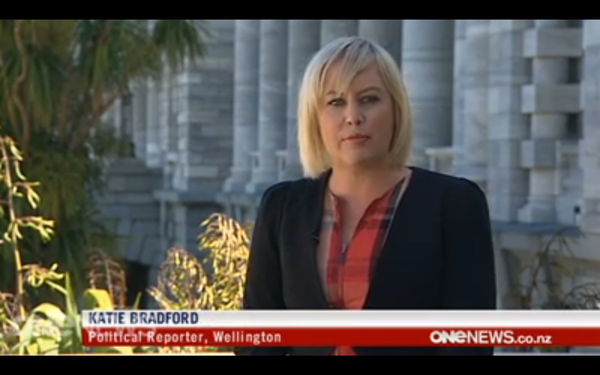 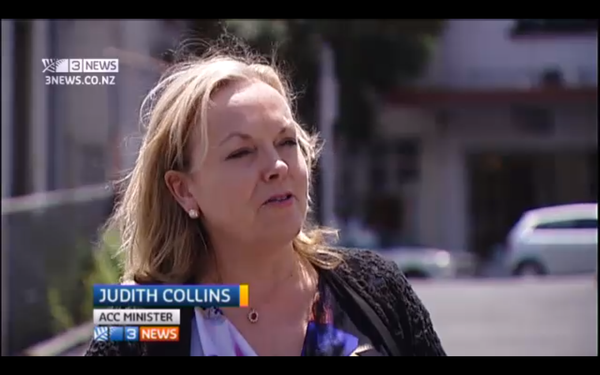 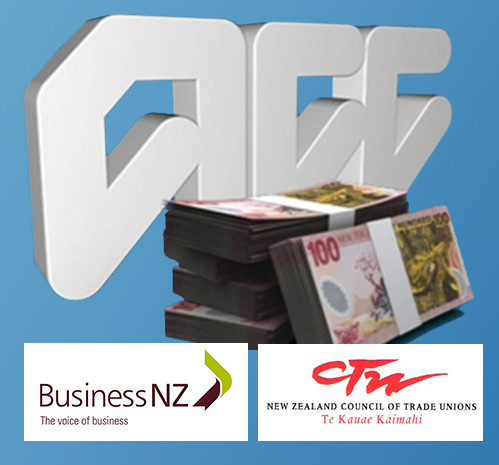 Click here to comment on this blogpost via the Taxpayers' Union Facebook page. Should we working to become more competitive overall, or should we encourage our politicians to 'cut more deals'?  At what point does it become corporate hand-outs?

No to corporate welfare

Over the coming months we'll be exposing corporate and union welfare we think is wasteful or unfair on Kiwi taxpayers.  If you have an example you think our researchers or members should look into, please let us know via our online tip line. 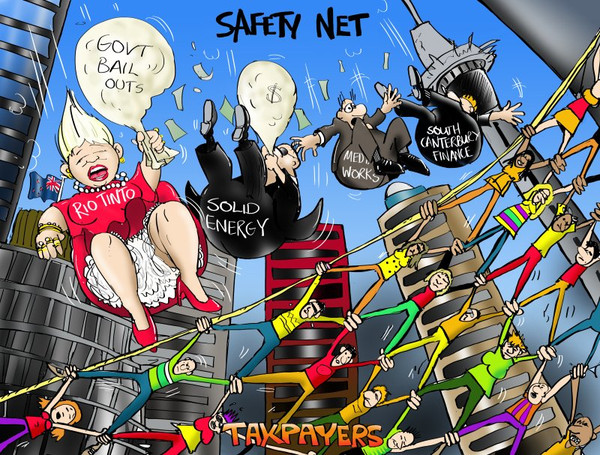