Coverage of Napier's Museum of Omnishambles 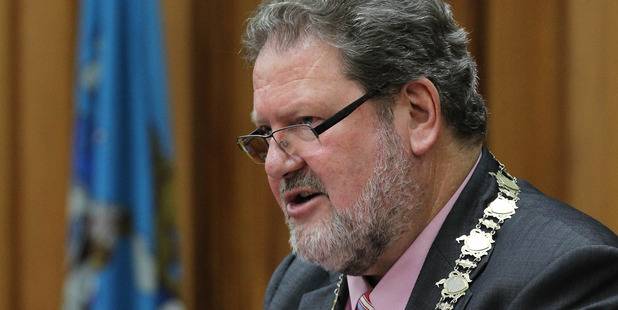 Napier Mayor Bill Dalton said yesterday he would not get involved in a debate with the New Zealand Taxpayers' Union.

The New Zealand Taxpayers' Union has labelled the MTG Hawke's Bay museum's problems an "omnishambles", while Hastings Mayor Lawrence Yule has denied Napier Mayor Bill Dalton's claim they knew about storage issues with the facility as early as last year.

At Wednesday's City Development Committee meeting, Mr Dalton said the previous council and Mr Yule were made aware last year that there were issues relating to storage at the museum. That was refuted yesterday by Mr Yule who said he would have taken steps to remedy the situation, had he known about it.

"Firstly, I would have told my council straight away, because we are governors of half that collection, and two, we'd have worked out - what is the plan and how can we fix this?" he said.

"There was a conversation a number of years ago about whether we should have off-site storage. It was decided not to do that, effectively because the operating costs of having two facilities would be high.

"Until a week ago, that was my understanding of what was happening."

This week it was revealed there were storage issues at the new museum, with only as much as 40 per cent of the collection able to be housed - a figure Mr Dalton said was inaccurate.

Furthermore, at Wednesday's meeting projected visitor targets were found to be grossly erroneous with this year's target of 690,000 visitors reduced to a more realistic 120,000.

At the meeting tourism services manager Neil Fergus said the targets were based on the old building, which allowed for a free public flow through the Century Foyer "which is no longer relevant to the redeveloped site".

Mr Dalton said yesterday he would not get involved in a debate with the New Zealand Taxpayers' Union.

"We do require some fine tuning and we're going to undergo a review to get it fine tuned. End of story."

He was unsure when the planned review of the MTG issues would be completed as Napier City Council chief executive Wayne Jack was away on the Hawke's Bay Regional Council's dam fact-finding trip to the South Island.

"I'm not going to make any comment until we've done the review," Mr Dalton said.

"Let us get the review done and see what the facts are."

Meanwhile, Jordan Williams of the Taxpayers' Union said: "A three-children family doesn't build a two-bedroom house, but Napier has built a museum forgetting 40 per cent of its collection. It is a complete omnishambles."

There are calls for the mayors of Napier and Hastings to front up over the storage crisis at the region's new museum.

The new MTG building opened in Napier late last year but can only house 40 per cent of its $44 million collection.

It's pitted the mayors of Napier and Hastings against each other, with Bill Dalton claiming Lawrence Yule knew about the problem a year ago, which Mr Yule denies.

"We've got to know who knew what when and how on earth this has been allowed to happen. Hawke's Bay ratepayers should be expecting answers."